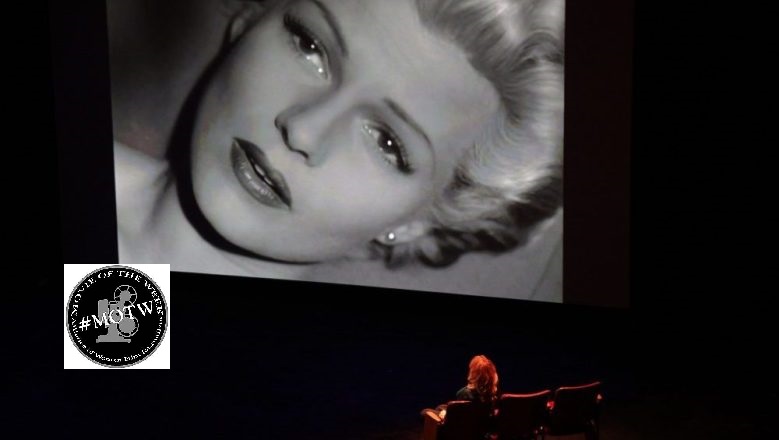 Filmmaker Nina Menkes – the groundbreaking director of Magdalena Viraga, Queen of Diamonds, and more — offers a master class in film theory, feminism, and gender roles in the fascinating, enlightening documentary BRAINWASHED: Sex-Camera-Power. Using clips from nearly 200 movies covering the full breadth of cinema history, she makes her point clearly and factually: The mechanics of moviemaking are undeniably objectifying and sexist, contributing to the institutionalized misogyny of rape culture and toxic masculinity. Popcorn, anyone? Menkes methodically breaks down the ways that popular shot techniques — which directors invariably are taught in film school, perpetuating the cycle — dehumanize women, from making them the object of the male gaze to using framing, lighting, and camera movement to turn their bodies into things to be desired and dominated, rather than three-dimensional people with agency and individuality. In clip after clip, from Hitchcock to Hustlers, Menkes shows how cameras linger on curves but not faces, default to the male perspective, and focus on flattery over realism.

From there, it’s all too easy to see how the perspectives that men and women have internalized through the media influence everything taking place behind and around the cameras, too. The entertainment industry is rife with employment inequity, “old boys” networks, and the systematic abuse of power — in other words, everything that led to and continues to power the #MeToo movement. And it’s not just the people working in filmmaking who perpetuate the misogyny inherent in mainstream media — it’s the audiences who consume it. News clips of fraternity brothers chanting “no means yes, yes means anal!” are chilling examples of the impact that a harmful power dynamic like the one at the center of Vincent Gallo’s Buffalo ’66 can have on impressionable audiences.

But Menkes — and the smart, thoughtful academics and women filmmakers she interviews — aren’t without hope. Raising awareness of the problematic politics of moviemaking will help up and coming writers and directors change the narrative. Championing filmmakers from marginalized communities will contribute to breaking the White male grip on Hollywood. And calling out cinematic sexism whenever and wherever we see it will hopefully mean we can have a very different conversation not too far down the line. — Betsy Bozdech

Pam Grady: Filmmaker Nina Menkes (Queen of Diamonds, Phantom Love) turns her focus to the representation of women in film and television. Framed as a lecture and with contributions from a diverse group of academics and industry professionals, including film theorist Laura Mulvey, author of the influential 1970s era essay Visual Pleasure and Narrative Cinema, film director Catherine Hardwicke, and actor Rosanna Arquette, the documentary serves as an indictment of the male gaze. Even as women make greater and greater strides in filmmaking, the template set by men over 100 years ago, in which women are objects defined by their sexuality continues to predominate – even in some films made by women. Menkes makes a powerful argument for the way this warped perspective has impacted women working in the industry both in front of and behind the camera, made it possible for predators like Harvey Weinstein able to operate unchallenged for decades, and bled into society and its attitude toward women in general. It is an eye-opening expose.

Sherin Nicole If you’re unconvinced the “male gaze” causes harm, BRAINWASHED: Sex-Camera-Power will leave no doubts. This visual essay by filmmaker Nina Menkes reveals how Wall Street’s money led to patriarchal power over Hollywood’s output. Which created the cinematic lens through which women are seen (and it remains frighteningly unchanged). Whether it’s the camera angles that objectify, the cropping that dehumanizes, or the lighting that flattens, these images and characterization are insidious; made more so because they are ubiquitous. To add a fuller perspective to Menkes’ interrogation, filmmakers like Julie Dash and Catherine Hardwicke, and theorist Laura Mulvey share their insights into how cinema has shaped a culture that struggles to see women beyond male definition. BRAINWASHED is a documentary well worth watching, especially if we hope to flip the focus and widen the lens.

Marilyn Ferdinand Through the use of film clips, filmmaker Nina Menkes shows how a male-perspective-based film vocabulary has formed and hardened into accepted practice—one used even by women filmmakers. It is Menkes’ contention that these internalized norms of film construction influence how men and women behave in the real world. If women cannot be heard in a film, it’s only a short leap to silencing them in workplaces, public spaces, and relationships. If women are sexualized and give in to men’s sexual demands with pleasure in the movies without negative consequences, then sexually harassing and raping them in real life won’t seem so wrong. Read full review.

Leslie Combemale In her documentary BRAINWASHED: Sex-Camera-Power, which is inspired by her lecture Sex and Power: The Visual Language of Cinema, Nina Menkes uses over 170 clips from films from the 1940s to the present from all genres to demonstrate that shot design is gendered. She makes a strong case for the idea that the visual grammar of cinema creates an environment that encourages discrimination, pay inequality, and sexual harassment, both inside and outside the film industry. Cinephiles may find themselves defensive about their favorite flicks, but it’s hard to ignore the many points she backs up with examples. Brainwashed may well fundamentally change the way we watch films, and it should. Read full review.

Loren King Acclaimed filmmaker Nina Menkes has made a profound contribution to cinema history with BRAINWASHED: Sex-Camera-Power. Using dozens of well chosen clips from an extraordinary range of films spanning the 1940s to the present by directors as revered as Hitchcock, Scorsese, Orson Welles and Spike Lee, Menkes makes an illuminating case against the pervasiveness of gendered shot design and camera angles. Just as narratives and characters that exploit and dismiss women are now considered misogynistic, so too is the perceived universal visual language of cinema. Menkes and numerous experts that include actors such as Rosanna Arquette; directors Julie Dash, Catherine Hardwicke and Eliza Hittman; renowned film scholar Laura Mulvey; and activist Maria Giese, mounts overwhelming evidence that men and women are consistently filmed differently, a language that has seeped into the conciseness across decades. This, Menkes and others cogently argue, contributes to harassment and discrimination in the film industry and, because of cinema’s global influence, into the culture. The documentary springs from Menkes’s acclaimed lecture Sex and Power: The Visual Language of Cinema. It’s appropriate that she has turned her presentation into a fascinating, eye-opening film that will now reach a wider audiences, particularly in film schools where it should be mandatory viewing. Brainwashed: Sex-Camera-Power is an essential work. You may never watch a movie in quite the same way again and that’s a good thing.

Jennifer Merin Nina Menkes’ powerfully enlightening BRAINWASHED: Sex-Camera-Power is a documentary that can effectively bring about a change in the way in which women are represented in the movies. It will hopefully stimulate a seismic shift in our societal assumptions about, attitudes towards and treatment of women. In her insightful analysis of clips from nearly 200 movies — many of them beloved classics — Menkes points out how the camera angle used to capture a scripted moment is more often than not demeaning to women by objectifying their bodies. Yes, the primary culprit is the camera angle, but the effect is amplified by sound design and by technical effects such as slow motion. And the same camera angles are still taught as go-to standards in today’s film schools. Once you see BRAINWASHED: Sex-Camera-Power, you’ll never again watch movies the same way — and that’s a good thing. AWFJ has been championing this film since it premiered at Sundance Film Festival 2022. this year.

Sandie Angulo Chen: BRAINWASHED: Sex-Camera-Power is an insightful documentary about how the various technical aspects of filmmaking prioritize the male gaze and female objectification. Through interviews with a wonderful array of filmmakers and actors, documentarian Nina Menkes explores how cinematography and lighting, and specific shots can be sexist and sexualizing. Menkes uses dozens of movie clips to support her claims, and the evidence proves how nearly every male director is complicit in artistic objectification of women in their films. As the documentary shows, there might be parity in film schools, but the actual industry still focuses on cis, heterosexual men. A must-see feminist documentary.

Cate Marquis A striking, powerful and eye-opening film! Essential viewing for both women and men, the documentary BRAINWASHED: Sex-Camera-Power is both intelligent and entertainingly told as filmmaker Nina Menckes uses clips of famous films to illustrate and illuminate the ways male domination of movie making has influenced what we see on the screen and subconsciously what we consider normal and expected, even beyond movies themselves, with the aim of sparking greater participation for women in filmmaking.