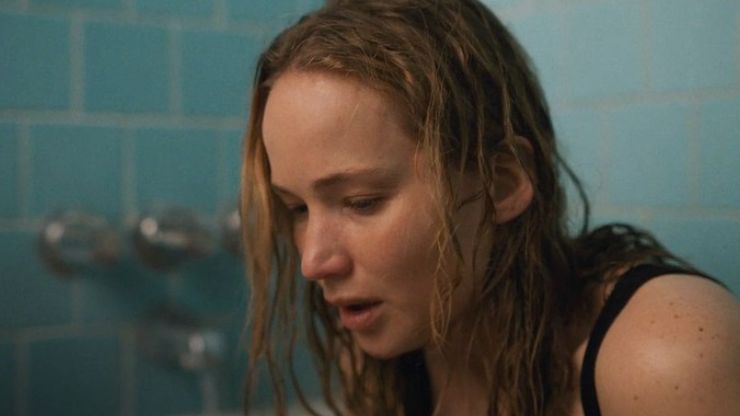 Causeway: “Driving a car shouldn’t be a victory.”

Jennifer Lawrence takes us back to her early screen days by once again evoking subtle sympathy in this subdued psychological drama about a soldier struggling to find her way in society after returning from Afghanistan.

Set in New Orleans, Lawrence’s character, Lynsey, was a member of the Army Corps of Engineers traveling in a convoy en route to an assignment when they are hit by a bomb. Lynsey suffers a traumatic brain injury and is sent home to her dysfunctional family to heal. While she physically gets stronger through therapy, Lynsey still suffers mentally.

On this road to recovery, she meets auto mechanic, James, played by Brian Tyree Henry, when her truck breaks down. The two befriend each other and find out they both have so many skeletons in their closets they could decorate for Halloween. But they are there for each other with a snowball, a bottle of suds or a spliff.

The title of this film, Causeway, is misleading. Yes, there’s a reference to the Causeway Bridge over Lake Pontchartrain just outside of New Orleans, but it’s quick and doesn’t even involve Lawrence’s character. If one reaches though, you can say this story is about a long, slow ride down the road to healing that rises high enough to keep our friends out of the murky water below to reach a happier place on the other side.

Causeway’s journey is devoid of much action or the familiar sights and sounds of NOLA, but it does let its actors sink their teeth into crispy, multilayered rolls (roles) that keep them at the top of their game. If it weren’t for Lawrence and Henry, audiences would be asleep at the wheel.
Causeway is in theaters now and on Apple TV+ November 4th. It gets a 6. See it, but in the comfort of your own home.