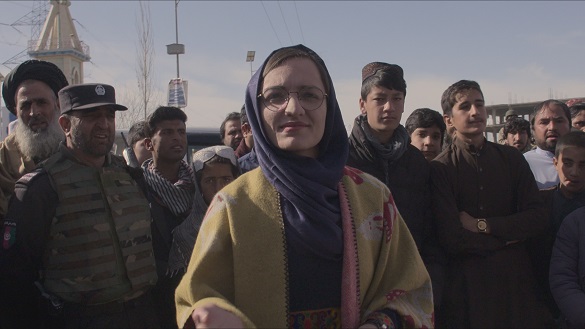 Produced by Hilary Rodham Clinton and Chelsea Clinton, and filmed across two turbulent years, the documentary In Her Hands tells the story of Zarifa Ghafari, who at age 26 became one of Afghanistan’s first female mayors and the youngest to ever hold the position. The film cronicles her fight for survival against the backdrop of her country’s accelerated unraveling. Co-directed by Tamana Ayazi and Oscar-nominated filmmaker Marcel Mettelsiefen, the film opens at IFC in New York on Nov. 11 before launching globally on Netflix on November 18. Continue reading on THE WEEK IN WOMEN.