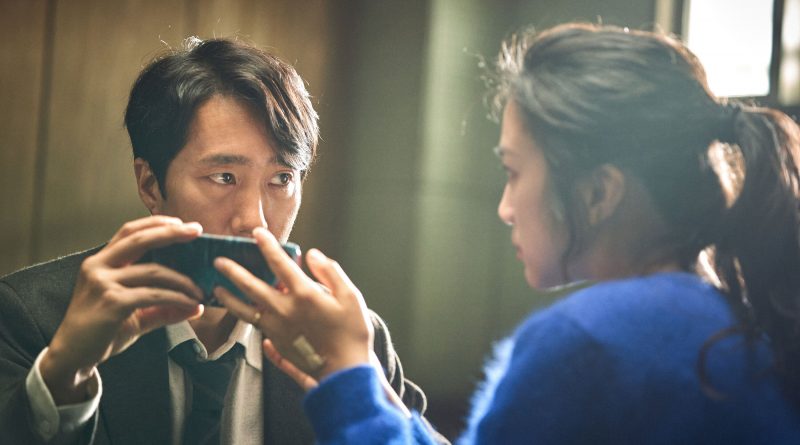 What subjective filters cloud any attempt to discern the truth of events, much less throughout an investigation by an experienced, self-aware South Korean homicide detective Jang Hae-joon? That’s the intriguing question director Park Chan-wook answers in exquisitely complex fashion in Decision to Leave. The catalyst for Hae-joon’s immediate crisis is a dead businessman discovered at the foot of a mountain.

Did he slip, jump, or get shoved? And did his attractive Chinese wife, Seo-rae, who does not grieve, play a role in her husband’s death? Insomniac detective Hae-joon shuttles between his job in Busan and his concerned wife in Ipo. Troubled by his unsolved cases, with an array of photos displayed on his Busan apartment wall, Hae-joon clearly obsesses over cases and now turns that penetrating attention to Seo-rae, a Siren to his desire. Seo-rae’s awareness of her effect on Hae-joon adds layers of complications to their relationship, along with subplots involving a secondary detective, the death of Seo-rae’s first husband, and the elusive nature of Seo-rae’s character.

In press notes, director Park credits a romantic song as his source material and the impossibility of Hae and Seo ever truly parting, despite their decision to break up, for the ironic title. Park adds that he wanted to create a film that “subtly and imperceptibly pulls the audience in and captures their interest.” He notes that there’s “not much violence, nudity or sexual content,” relying more on captivating suggestion, the smallest detail resonating

Above all, he notes, it’s a love story and a detective drama about loss. It is also engrossing and haunting. Winner of the 2022 Cannes Film Festival Best Director Award for Park Chan-wook, South Korea’s submission for this year’s Best International Feature Academy Award, Decision to Leave is in Korean with English subtitles.