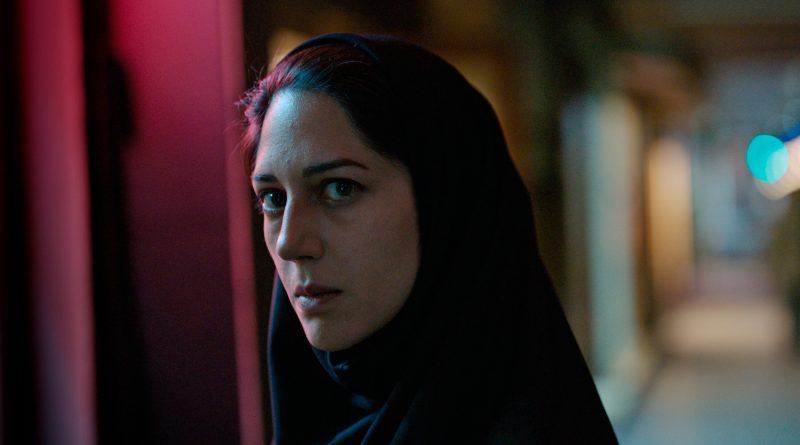 In the parallel plot, Rahimi (Zar Amir Ebrahimi) refuses to let pervasive misogynistic comments and oppressive sexist treatment dissuade her from pursuit of the man who taunts the press. Rahimi’s unwavering resolve combines courage with frightening, what feels at times like foolhardy, personal risk. Her awareness of the sexist oppression is reinforced by the male protestors chanting their support of Saeed as a hero. The final scenes achieve an emotional crescendo with concluding, haunting images beyond disturbing.

Technically, director/co-writer Abbasi wanted to shoot in Mashhad, home of the largest mosque in the world and one of Shia Muslims’ holiest sites. Iran would not sanction it, so he shot in Jordan with, for the most part, Iranian actors for verisimilitude.

To his credit, as he described in a post-screening Telluride Film Festival Q&A I attended, Abbasi presents his female victims as three-dimensional individuals, not just targeted prey. Some critics have objected to his representation of the journalist, prostitutes, and serial killer. I saw, as Abbasi says he intended, a thorough critique of dehumanization as well as of religious hypocrisy. Again, at Telluride, Ebrahimi explained that many of her own experiences inform her performance, including the illicit sale of a personal video that ended a successful TV career, forcing her move to Paris. As Rahimi, Ebrahimi won this past year’s Cannes Best Actress Award for her focused calm and steeped outrage over multiple levels of personal and professional sexist abuse.

Given current protests and treatment of women in Iran and around the world, thoughtful consideration is merited for the entire spectrum of dysfunctional culture on display here. I observed that important confrontation in Holy Spider, in Persian with English subtitles.