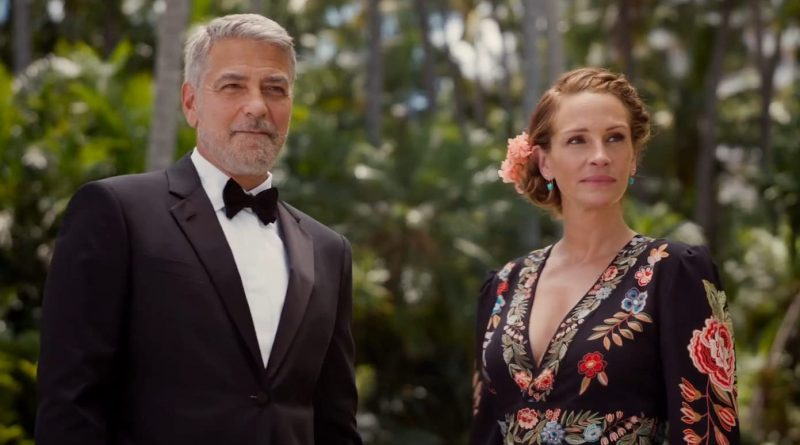 Booking Ticket to Paradise is for those of us who yearn for an old-fashioned romantic comedy, starring two of the most appealing movie stars from yesteryear who still have impeccable chemistry.

Julia Roberts and George Clooney have made five movies together, including Ocean’s Eleven (2001) and Ocean’s Twelve (2004). This time, they play Georgia and David Cotton, a bickering, long-divorced couple who collude to try to stop the impetuous wedding of their daughter, Lily (Kaitlyn Dever) to Gede (Indonesian/French actor Maxime Bouttier), a seaweed farmer she met on vacation in Bali.

After graduation, Lily admits to her BFF Wren (Billie Lourd, Carrie Fisher’s real-life daughter) she’s just plodding down the road to a law career. So it’s not surprising that she’s up for a romantic fling? But is she really ready to abandon all ambition for leisurely island life?

It’s a clever premise but, unfortunately, director Ol Parker (Mamma Mia! Here We Go Again), who wrote the script with Daniel Pipski, so neglects to delineate and develop the romantic relationship between the vapid young couple that her parents’ doubts are undeniably valid. Bali is certainly beautiful but is living in paradise enough to sustain a marriage over the long run?

Complicating matters is the unexpected presence of Georgia’s young, French, airline pilot lover, Paul (Lucas Bravo – a.k.a the sexy chef on Emily in Paris). Pleasant surprises are Agung Pindha as Gede’s supportive father and the respectful depiction of the traditional Balinese nuptial ritual.

Bottom line: It’s predictable and formulaic but there are enough amusing chuckles along the way to justify a visit. And be sure to stay through the outtakes during the credits.

Tourism note: Because of Covid-19 restrictions, filming took place on the Whitsunday Islands off the northeastern coast of Queensland, Australia, not Bali.

On the Granger Gauge of 1 to 10, Ticket to Paradise is a sweetly simple, escapist 7, playing in theaters.