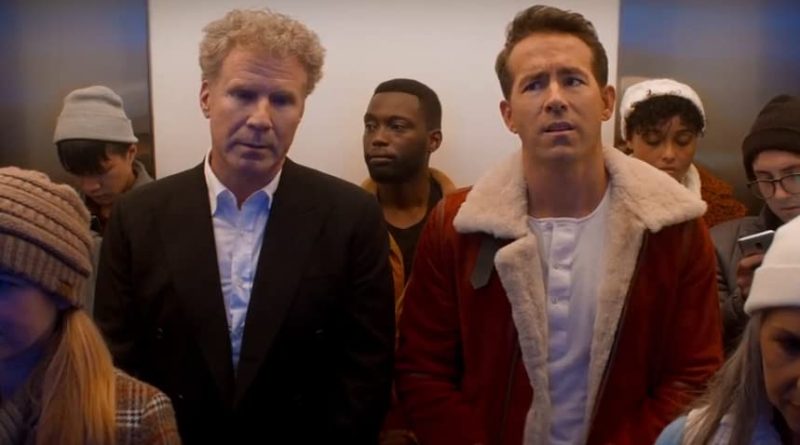 Turns out the Afterlife is a musical. Who knew? Unfortunately, if Spirited is a model, the Afterlife is tuneless with lyrics as forgettable as a hymn’s 6th verse. We can blame Benj Pasek and Justin Paul for that (some of us are still blaming them for La La Land). We can also blame casting non-singers as leads in a musical.

Unfortunately, Rex Harrison-like accommodations were not made for Ryan Reynolds in his debut musical or for Will Farrell. Marnie Nixon saves no one’s shirt. Yes, the pull of those actors might park viewers in the seats for Spirited, but not long after the opening credits, it’s obvious that charming Ryan and darling Will cannot carry a tune — or this lead balloon of a film.

They try. They are put in the unenviable position of being expositors. They have to explain who they are and what they are in. Over and over. That’s not easy. Ostensibly, Spirited takes off on A Christmas Carol. This time, kicking the Dickens out of that dead horse are two writers: Sean Anders also wrote the sweet Instant Family and the dumb Dumb and Dumber, and John Morris also wrote Daddy’s Home — 1 and 2.

They turned Farrell into the Ghost of Christmas Present — not, he insists, Brad Pitt as a present. Reynolds as Scrooge becomes an unethical marketer, a combination of Mussolini and Ryan Seacrest (hold for applause by all two people who get the allusions). Christmas Present escorts the modernized Scrooge through this journey but finds the tables turned way often onto his sorry self.

On a good note (not necessarily one composed herein by Dominic Lewis), there’s Chloé Arnold’s choreography, a cocktail of tap, jazz, hip-hop danced by a large corps stepping around flop sweat.

Spirited is not the musical Scrooge. It’s not even much of a cover of Charles Dickens’ 1843 Noël novella. Marley rightfully declares this journey through time as “like the Dickens book and the Bill Murray movies and every other adaptation nobody asked for.” True that.