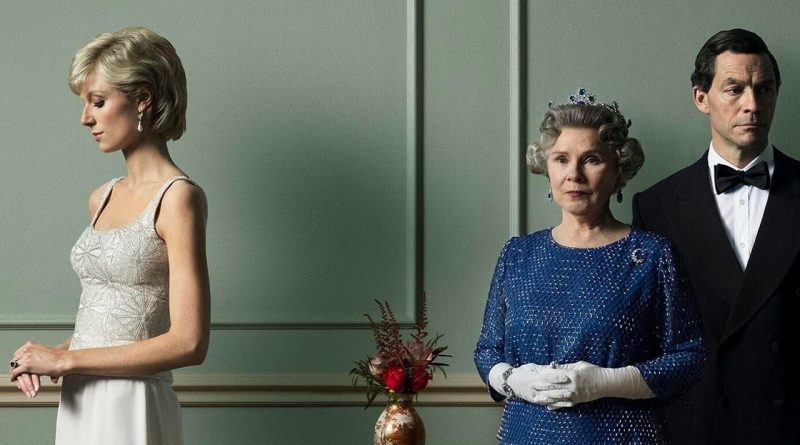 Unfortunately, the fifth season of The Crown is tarnished, not only because it documents a low-point or ‘annus horribilis’ in Queen Elizabeth’s reign but primarily because of inept casting.

Now described by Netflix as a “fictional dramatization,” it begins in 1991 with John Major as Prime Minister and covers the turbulent era in which the Royal Yacht Britannia was decommissioned and fire struck Windsor Castle.

Three of the Queen’s children divorced, yet the focus is primarily on the thorny issue of how/why unhappy Diana secretly cooperates with writer Andrew Morton and BBC interviewer Martin Bashir.

Angst is amplified by tabloid publication of the smarmy, humiliating telephone recording in which Charles fantasizes about being Camilla’s tampon, culminating as Diana embarks as a single mother.

What’s wrong is casting handsome, charismatic Dominic West as moody, melancholy Prince Charles. Although her impersonation of now-steely Diana is credible, at 6’2” actress Elizabeth Debicki towers over everyone – far more than 5’10” Diana. And by then, curvaceous Diana had coped with bulimia and was not as awkwardly thin and bony.

Obviously, season six will deal with Diana’s death and its aftermath.

On the Granger Gauge of 1 to 10, “The Crown: Season 5” is an uneven, underwhelming 6 with all 10 episodes streaming on Netflix.