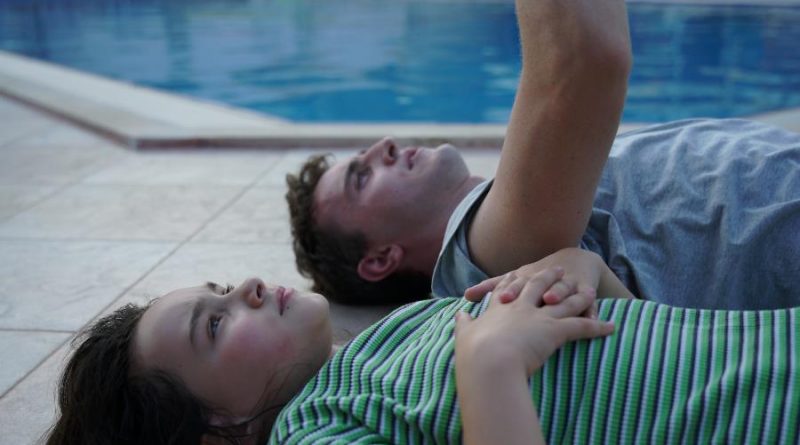 Moments in childhood that define adulthood are not easy to capture again. Scotswoman Charlotte Wells manages in this, her debut feature film. Aftersun moves slowly and deliberately on two tracks: the memory and the reality. Sophie looks back on her 11-year-old self at a defining moment in her relationship with her father.

She adores him. He is divorced from her mother, so father and daughter rarely get time together. The grown-up Sophie looks back on the trip they took to Turkey. She was 11, tip-toeing into adolescence and sort of attracted to boys, curious as she peers through a key-hole, dependent on her dad. Calum is unsure of himself — he is young enough to be taken for Sophie’s brother. He has no doubt of his love for his daughter. He has to be careful not to transgress filial boundaries set by his ex-wife.

Calum and Sophie swim together and snorkel. They dine together, and they talk about what’s important. “Live wherever you want and be whoever you want,” he advises. They bond with hugs and whispers, forehead kisses, and redefined love. Through her pre-teen haze, Sophie begins to see her father is an alcoholic and depressed. They sleep in the same hotel room, he on a narrow cot he’s had to demand from the management, and she in the double bed. Sophie gloats over this arrangement in the video she makes, mirroring the movie that Wells is making.

The script presents grown-up Sophie’s memories interwoven in this flashback. Central to Aftersun are scenes of her recalling those days 20 years ago. Wells’ cameras capture these moments as if they were a movie spooling through an undependable projector. However, there are not enough of those adult scenes, which disjoints Aftersun. The film’s music is a superb accompaniment with Queen’s Under Pressure exploited meaningfully.

Aftersun is definitely a film to be seen in the cradle of a theater — without distractions and with Marshall McLuhan’s understanding of movie-going. The intimacy engendered by a theater supports the intimacy of Wells’ work, of her theme, of her camera. Aftersun modeling the French approach to domestic dailyness, requires allowance for full appreciation.