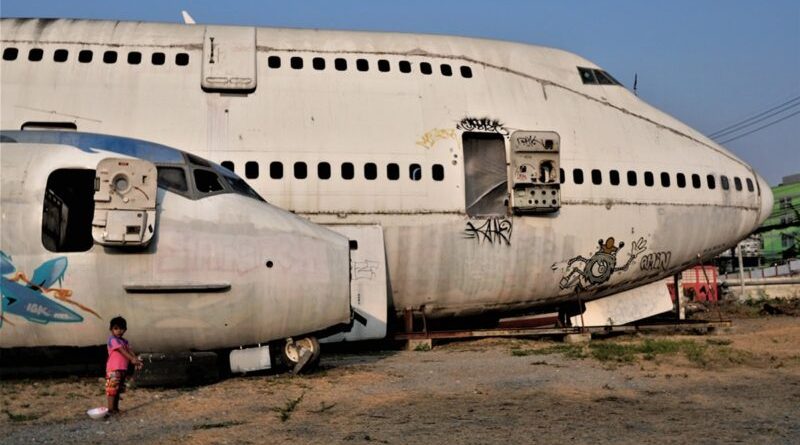 Stacey Tenenbaum’s Scrap is the kind of documentary film that invites you into its world, to look closer at something seemingly ordinary which suddenly becomes intriguing, and perhaps even a bit profound. In this case, it is the realm of metal objects whose useful lives have ended – scrap metal – but which are being re-used, restored or reborn as art.

This charming, low-key documentary starts in an untamed forest grove, but one in which old cars are being reclaimed by nature. Once a junkyard yielding spare parts, it is now the “World’s Oldest Junkyard Jungle,” run by the now-elderly grandson of the scrapyard’s original owners, where a perfusion of large trees grow all around and through rusting cars.

A sense of history and a bit of humor runs throughout this appealing documentary, as we globe-trot to Asia where an airplane junkyard has been transformed into a home for the homeless and then become a tourist attraction that helps support them. Then, we move on to visit a North Dakota sculptor whose metal-work creatures of the Plains were once old farm equipment, to a photographer in India creating affecting, artistic images of factory workers at an e-waste recycling center, to an architect in Spain using rusting old ship parts to build a church, to a British man restoring discarded old iconic red phone booths into decorative objects and a Midwestern American one restoring trolley cars to put them back in service.

Surprisingly relaxing, contemplative and deeply human, Scrap casts a spell as we watch these resourceful people give new life to old objects in creative, even affectionate ways.