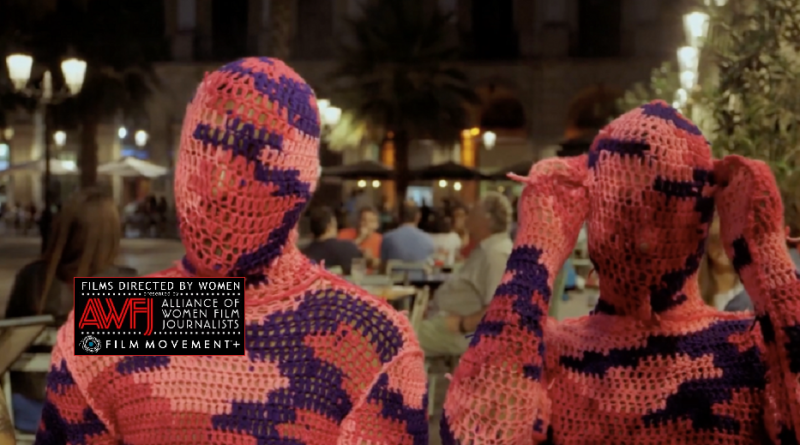 The opening of Una Lorenzen’s Yarn reminds us that the word doesn’t just refer to the stuff of scarves and mittens but is also “A long, often elaborate narrative of real or fictitious adventures; an entertaining tale.” And that’s what this documentary is: a great yarn about yarn.

What makes Yarn so special are the stories it tells about the amazing ways women are using the fiber to create art and to change the world. We meet artists and activists who are adding so much color and texture to everyday life with this humble item.

There’s Tinna Thorudottir Thorvalda, an Icelandic textile artist, who uses yarn for “graffiti;” Olek, from Poland, who sends performance artists out in public in crocheted bodysuits that turn heads and act as conversation starters; Toshiko Horiuchi MacAdam, who knit by hand a beloved textile playground for children in Japan. Their work is stunning and important.

But, as the artists explain, knitting and crocheting have long been considered “women’s work,” so yarn as a medium has never been taken seriously. Textile creations are often delegated to the category of “craft” instead of being regarded as art because any kind of sewing is looked upon as more of a hobby or a practical skill. And yet, yarn can make people smile and think and feel all the feelings in a way no other material can.

“Feminine energy is rosy, soft, warm and colorful,” says Thorudottir Thorvalda. When she yarn bombs the gray, sharp angles of cities built by men, her creations stand out and invite passersby to reach out and touch them. In fact, that’s what I wanted to do during much of this film. Continue reading.