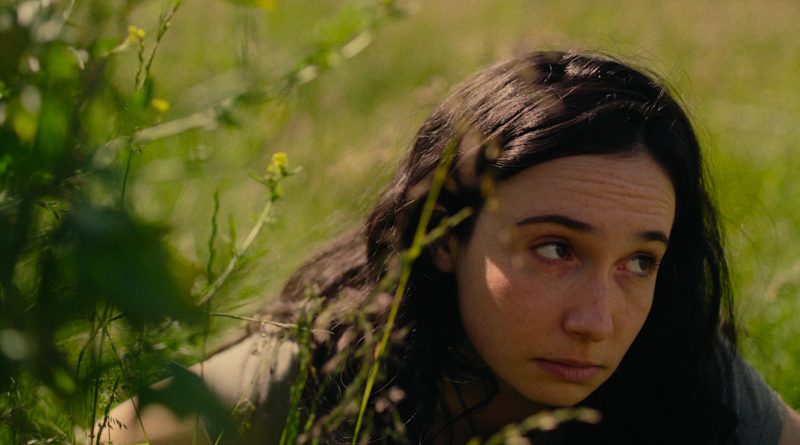 Hope is your typical 16-year-old: confident one moment, shy the next, experienced in some things and not so much in others. Unlike your average teen, she’s also at a crossroads when it comes to her living arrangement.

Her grandmother, with whom she’s been living with for some time, is dying of cancer and Hope is left with limited options. It’s either social services or she reunites with her mother, the same mother who abandoned her to pursue life with a cult. For reasons unknown to everyone, she opts for option two.

Hope joins her mother Ada at “The House,” a communal living space shared by her mother and a group of other cult members, all of whom are women. As we watch Hope’s grandmother die, we also watch Hope try to find her footing among these women while also being groomed by them and her mother, to join them in their love for their leader, a manipulative old man referred to as “The Professor.”

Soft-Spoken Weepy Cult Child shows a lot of promise. The debut feature from writer/director Irina Lord features a great premise and keen sense for storytelling by opting to explore a cult through the eyes of an impressionable young woman who is straddling both cult life and the outside world. The family struggle that pits mother-and-daughter in opposing roles, the inter-generational drama, concepts of brainwashing and indoctrination are all themes that play a part in an interesting plot sadly, the overall film doesn’t quite deliver.

The film focuses almost exclusively on Hope and her back-and-forth struggles with her grandmother, her mother, the pressures of being primed to join the rest of the women, and coming to terms with the innate knowledge that joining her mother is the wrong thing to do. While the ideas and context are solid, Matreya Scarrwener isn’t quite up to the challenge. The young actress who plays Hope looks lost in the role and the resulting performance, and the movie as a whole, never quite finds its footing. The entire thing feels flat and vacant despite the strong script and Lord’s flare for visual storytelling.

Soft-Spoken Weepy Cult Child doesn’t work but the film’s issues stem primarily from a non-existent budget and two-week shooting schedule. Lord shows great sensibility as both a writer and storyteller and I’m excited to see her next project.