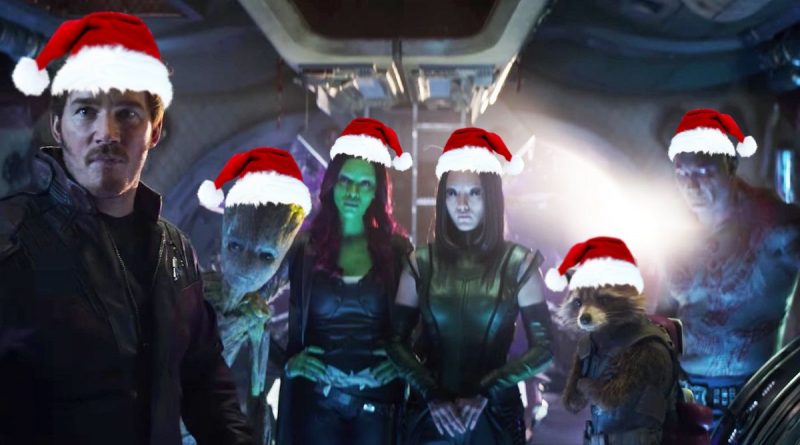 Still stuffed with Thanksgiving turkey, our family gathered to watch The Guardians of the Galaxy Holiday Special on Disney+ – a fun, festive frolic, featuring catchy songs and some of MCU’s favorites.

An animated flashback that shows how, years ago, Yondu (Michael Rooker) ruined Christmas for young Peter Quill by trashing his tree, throwing out his gifts and scolding him for his sentimentality.

Listening to this recollection in outer space and realizing how much now-grown Peter – a.k.a. Star-Lord (Chris Pratt) – misses Earth’s holiday customs and traditions, his Guardian friends, Mantis (Pom Klementieff) and Drax (Dave Bautista), embark on a quest to find him the perfect Christmas gift.

That turns out to be his human ‘hero,’ actor Kevin Bacon. But when Mantis and Drax land near the Walk of Fame at Grauman’s Chinese Theater on Hollywood Blvd, looking for Bacon, they don’t realize he is an actor, not a real-life Earthling hero.

That comes as a shock when they finally locate him by utilizing one of those ubiquitous Hollywood Star Maps sold by vendors around Los Angeles. While breaking into his palatial contemporary home, Drax becomes enamored by a decorative lawn elf, while Mantis swipes a Styrofoam candy cane.

Understandably stunned, Kevin Bacon summons the police and – in the aftermath – he isn’t exactly pleased about boarding their spaceship, cueing empathic Mantis to exercise her mind-control powers.

Written and directed by James Gunn (now CEO of DC Studios), this mini-dose of Christmas cheer runs a heartwarming 44 minutes, including several Guardian cameos and effectively building up anticipation for next May’s Guardians of the Galaxy, Vol. 3. Plus Kevin Bacon contributes to the 12-song soundtrack, also released this week.

FYI: If you’re intrigued by the idea of aliens believing that actors are real life heroes, also watch one of my favorites – “Galaxy Quest” (1999) starring Tim Allen & Sigourney Weaver on Starz/Amazon Prime.

On the Granger Gauge of 1 to 10, “The Guardians of the Galaxy Holiday Special” is a slick 7, streaming on Disney+.