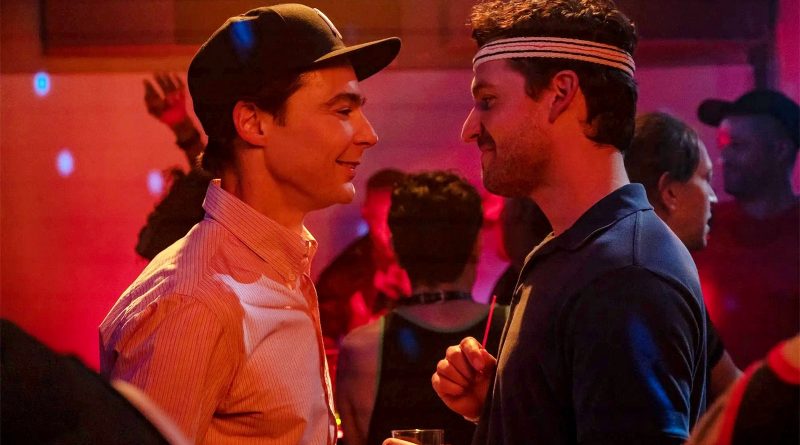 Considering its title, I’m not giving anything away by saying that the hero dies in Spoiler Alert. In fact, the movie makes that clear in the opening scene. But – spoiler alert – I still cried.

The romantic comedy/tearjerker is based on Michael Ausiello’s memoir about his real-life relationship with Kit Cowan (Ben Aldridge), who was, ultimately, diagnosed with terminal cancer. It’s funny, it’s sad, it’s real.

Jim Parsons plays Ausiello and he is simply perfect in this role. Sweet, vulnerable, and obsessed with Smurfs, TV and Christmas, he’s the kind of person you want as your friend – and to take care of you when you’re sick.

Between Spoiler Alert and The Big Sick, director Michael Showalter has pretty much mastered the art of the illness movie, expertly straddling that line between comedy and tragedy. He captures the joy of life as well as the devastating moments that make that joy even more profound.

Showalter skillfully cocoons the dark side of Michael and Kit’s situation in humor – Michael goes full Shirley MacLaine in Terms of Endearment to get Kit a bed during his chemo treatments – and it keeps the movie from ever being morose.

Spoiler Alert also deserves a shout-out for being a love story rather than a “gay love story.” Although Kit does come out to his parents (Sally Field and Bill Irwin) in a scene that thankfully becomes a non-event thanks to their loving and supportive reaction, the film feels like any other cinematic love story. Because it’s so natural, it normalizes the men’s relationship, which is especially important at a time when same sex marriage is on the line. It’s even more meaningful when you understand the legal ramifications of not being allowed to marry, including the fact that, often, only family members are allowed to be in the hospital with patients during their most crucial moments.

Spoiler Alert may not have a happy ending but it’s still a crowd pleaser. It’s also a gentle reminder that the vow couples make to have and to hold “in sickness and in health” is no joke.