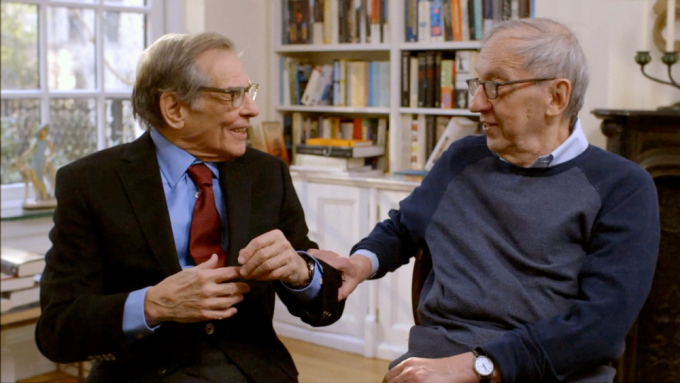 You probably wouldn’t expect a book about an urban planner to become a classic. And you definitely wouldn’t expect a movie to be filmed about the making of that book. Yet, almost half a century after its release, Robert Caro’s biography, The Power Broker, remains a bestseller and Turn Every Page, the new documentary about its author and editor, is absolutely riveting.

Robert Gottlieb has been Caro’s editor since the beginning of the writer’s career and the movie, which is directed by his daughter, Lizzie, pays tribute to the men’s long-time working relationship without ever sentimentalizing it. In fact, colleagues laughingly reveal that the two men rarely meet up, getting together only when it’s time to go over one of Caro’s books – a closed-door event that often ends in arguments over semi-colons, which Caro loves and Gottlieb hates.

Thanks largely to its talented, workaholic, old school subjects, the movie becomes a love letter to a world of books that no longer exists. It’s fascinating to watch Gottlieb, who estimates he’s edited 600-700 books including classics by everyone from Toni Morrison to Doris Lessing to Ray Bradbury, whip through a manuscript with his pencil, slashing sentences and leaving copious notes in the margins. Writers, especially, will geek out over his story about renaming a manuscript originally entitled Catch-18 and they’ll love watching Caro remain firmly ensconced in a pre-digital world, continuing to do his work on a typewriter.

That work – the fifth and final volume of Caro’s biography of Lyndon Johnson – becomes a race against time as the 86-year-old author and 91-year-old editor plug away at finishing what will likely be their last book together.

What will give you hope for the future is the surprisingly eclectic fan club waiting for this book. It includes President Obama, Ethan Hawke, a variety of talking heads who made sure The Power Broker was prominently positioned on their bookshelves during pandemic TV Zoom appearances, and a whole new generation of younger readers.

Turn Every Page may inspire you to put down your Kindle and head to the bookstore so you can pick up one of Caro’s books and do just that.