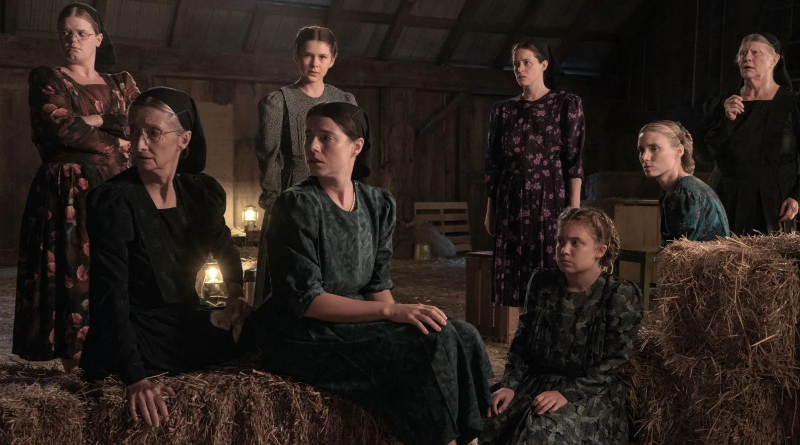 Sarah Polley’s Women Talking may be the most important film of the year. Almost the entire movie takes place in a barn, where a group of Mennonite women do indeed spend that time talking.

At first, I was worried about that and was especially concerned about the title of the movie. I mean, who, other than other women, would want to watch a movie about women talking? But then I had a revelation. Maybe that title was like those funny tweets that start out with a sentence about something like tampons or bras and then get to the real point: “Okay, now that the men have stopped listening, here’s what we’re going to do.”

On the off chance that that’s the case, I kept the first paragraph of this review very general because the truth is the women are talking about whether they should forgive, fight or leave the men who have been systematically drugging and raping them. The men who are their neighbors, their husbands, their fathers.

The film is based on Miriam Toews’ novel, which is loosely based on true events that took place in a Mennonite community in Bolivia, where more than 100 women were drugged with livestock anesthetic and sexually assaulted in their beds.

The only reason the eight women in the movie get to actually talk at all is because the men are gone. They were arrested – FOR THEIR OWN SAFETY! – since one of the victims went after them with a scythe. While they wait for bail to be posted, the women must decide their own future.

As viewers, we may be screaming at them to stop talking and just get the hell out of there but, for these women, the idea of that is overwhelming and not so obvious. Raised in this isolated patriarchy, they’ve never even considered leaving as an option before. Listening to them debate the pros and cons is sobering. These women may not be educated but they are damn smart.

I watched Women Talking with someone who had been raised in an oppressive religious community herself. What stood out to her was the fact that one of the older women uses passages from scripture to rationalize leaving. “I can’t stress the importance of this,” my friend said, with tears in her eyes. “This will do so much to help devout women find the power to leave abusive situations.”

In an era when politicians are trying to set back women’s rights, the message of Women Talking is empowering, necessary and more far-reaching than this one community. Thanks to Polley’s powerful script and an Oscar-worthy ensemble cast that includes Claire Foy, Rooney Mara, Jessie Buckley, Frances McDormand and Judith Ivey, the movie not only gives a voice to women who have been routinely silenced – it also gives them a way out.