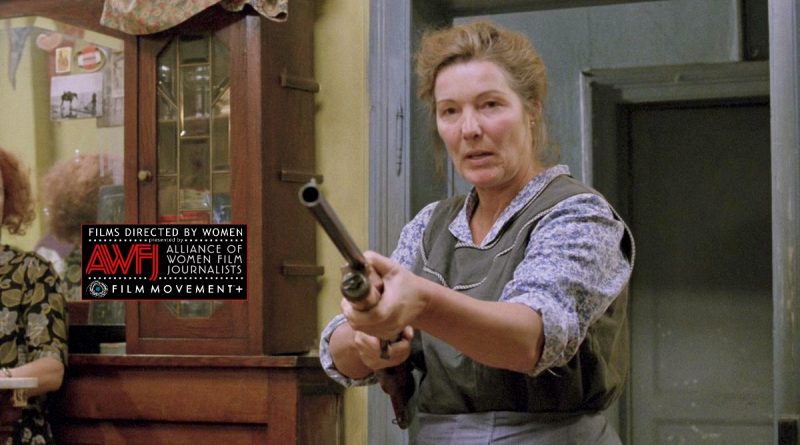 With Antonia’s Line, writer/director Marleen Gorris created a film that is both a celebration of life and an unflinching look at the challenges intergenerational women faced throughout the 20th century. The feminist filmmaker achieved for world cinema what many great female directors before her could not. 1994’s Antonia’s Line represents the first foreign-language film by a female filmmaker to win an Oscar at the Academy Awards. That’s almost 40 years after the introduction of the foreign language category in 1956. Given the Oscars have had a rather spotty history in terms of truly rewarding the best films, the question is, “Is Antonia’s Line really that good?” The answer is a resounding yes.

The plot starts with Antonia, old and tired, revealing in a voiceover that she has chosen to die that day. She begins looking back at her life and the found family she loves. Just after WW2, widow Antonia (Willeke van Ammelrooy) is called back to her small town to bid her dying mother farewell. She and her daughter Danielle (Els Dottermans) settle down on a farm that they work without help from the men in town. Antonia quickly begins to attract other women in need of refuge. Intellectually disabled Deedee, (Marina de Graaf) becomes part of her family after Danielle discovers Deedee being raped by her brother. Antonia’s headstrong daughter gives birth to her own child Therèse after she and her mother actively seek out a man solely to act as breeder. Danielle adds another powerful woman to the family when she falls in love with Therèse’s teacher Lara. Therèse, a genius, grows up to have both trauma and joy, but chooses to have her own child, Sarah. Sympathetic men weave in and out of this family saga, including Antonia’s longterm love Farmer Bas (whom she denies when he asks her to marry him), Antonia’s close friend and brilliant nihilist Crooked Finger, and Deedee’s love and intellectual equal Loony Lips. Through it all, the decisions made by Antonia, her female descendants, and the women who became part of her found family all have one thing in common. They are made based on what will bring them joy and fulfillment, rather than how they’ll look to society, or how they’ll be seen as women. Adding more than a little whimsy to the tale of these strong-willed spirits are the hallucinogenic visions, experienced most by Danielle and Therèse, which serve as sort of affirmations. Continue reading