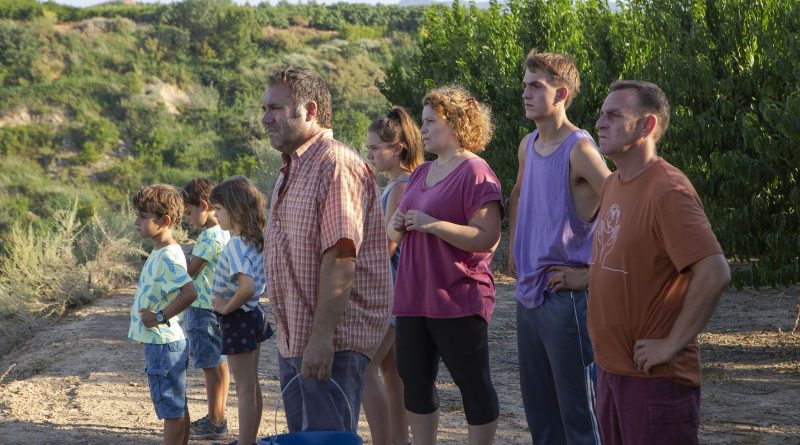 Spain’s International Oscar nominee, Alcarràs, from director Carla Simón (Summer 1993), has been winding its way all year through film festivals (starting with the Golden Bear at Berlin) and past awards bodies (two top nominations at last weekend’s European Film Awards).

The professional circuit may be where the film – a slow-paced, Catalan-language family drama – finds its most willing audience. But that would be a loss for viewers, who have the chance to watch Alcarràs in the US on Mubi starting Jan. 6.

This is a deceptively simple movie. It’s filmed with non-professional actors in a documentarian’s naturalistic, day-in-the-life style. It captures the realities of rural farm life in northwestern Spain (Alcarràs is a town in Catalonia) in a way that is rare for an international audience to see, providing accurate cultural details about the different generations of a single family.

But more than its anthropological value, the film is also a beautifully shot and structured timepiece with a stealthily absorbing story.

Every scene, no matter how seemingly mindless or routine the characters’ actions, moves the story forward. The film opens on three young children playing make-believe in an abandoned car. They live on a peach orchard in a green valley that serves as their playground.

But the adults in the family have more serious matters to worry about. Local farmers are protesting unfair pricing, and the Solé family’s right to live and farm the orchard’s land, which has been passed down from generation to generation of their family thanks to a Civil War-timed gentleman’s agreement, is about to be taken away from them.

They have nine months to finish out the last peach harvest before the land is transitioned to a solar panel farm. Though he’s offered work on the panels, stubborn patriarch Quimet (Jordi Pujol Dolcet) refuses, causing a rift with his brother-in-law Cisco (Carles Cabós) and tension with the rest of the family.

But Quimet is the strongest personality in the bunch, a brutish laborer who loves his family and naturally assumes they will always accommodate his preferences and follow his orders. Family relationships make up the bulk of the story, and there are a dozen main characters followed throughout the film.

Quimet’s wife, Dolors (Anna Otín) bathes him and fulfills his every need, but she admits to finding him exhausting, and she eventually reaches her limit. His teenage son, Roger (Albert Bosch), follows in his father’s footsteps and craves his approval, which he doesn’t get much of. His sister, in town from Barcelona, is offended he won’t listen to her sage counsel. And his younger teenage daughter, Mariona (Xènia Roset), is always watching and learning.

The story unfolds naturally through their interactions. Some of the scenes could surprise viewers unfamiliar with the culture. English subtitles translate a reference to the African farmhands as “the Blacks.” Tween girls practice a sexy dance to perform during the local town’s fiestas. Little kids wander so freely they get into all kinds of unsupervised trouble, including hoisting one in a construction truck’s bucket high above the ground.

But all of this is also true to local life. Simón has said she based some of the story on recollections from childhood visits to her aunt and uncle’s peach farm. The feeling that comes across is one of an extremely close-knit family carrying on traditions, from family meals featuring self-smoked snails and sausages to children following in their parents’ footsteps generation after generation. They also share close quarters: in most scenes, including in bedrooms and bathrooms, multiple family members are present.

There’s a deep message of the importance of family and the role of forgiveness in maintaining those close yet complicated relationships. Likewise, we aren’t meant to judge these characters but rather to understand them.

There are also moments in Alcarràs where you feel like you’re looking at a painting – outdoor landscapes twinkling in the Mediterranean sun, views of the land seen through doorways or across wide vistas, and indoor chiaroscuro compositions of groups sitting in near-darkness, illuminated from above by a sole light.

This is a film that captures, in both prose and poetry, a sense of place and the rhythm of life of its people.