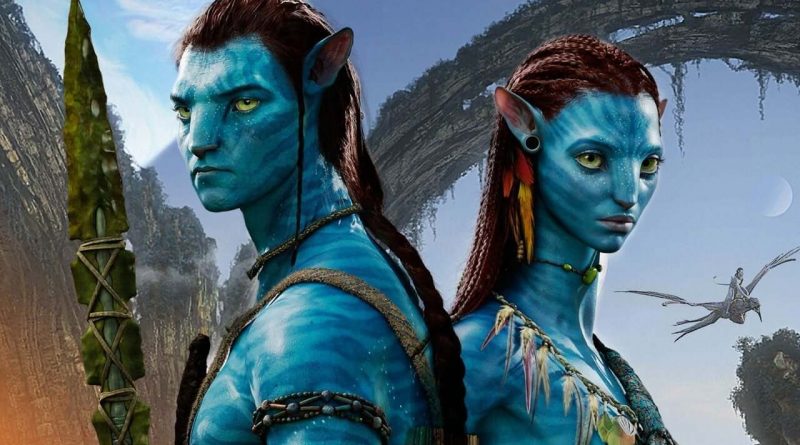 It’s been 13 years since James Cameron’s Avatar was released. And it’s well worth the wait to see his $350 million Avatar: The Way of Water, demonstrating how he uses cinematic technology to create a new, fantastical Na’vi realm on a distant moon called Pandora.

After his human form was killed, Colonel Miles Quaritch (Stephen Lang) is resurrected as a 10’ tall Na’vi avatar. On assignment from the Resources Development Administration (RDA), he’s determined to colonize Pandora as a replacement for the dying Earth with the help of his recombinant Marine buddies.

Fleeing from villainous Quaritch and his treacherous ‘sky people,’ they take refuge on Awa’Atulu with Chief Tonowari (Cliff Curtis) and his pregnant wife Ronai (Kate Winslet). The reef-dwelling Metkayina are an aquatic clan who introduce them to an underwater world with bioluminescent vegetation. That’s where Lo’ak befriends an outcast Tulkun (a gigantic, super-intelligent whale-like creature).

(The forest Na’vi has pale blue skin, luminescent freckles and thin tails, harmonious with their natural world, while the Metkayina’s skin is more turquoise with thicker, finny tails to enable swimming.)

On the Granger Gauge of 1 to 10, Avatar: The Way of Water swims in with a wondrous, visually stunning 10 – meant to be seen on the big screen