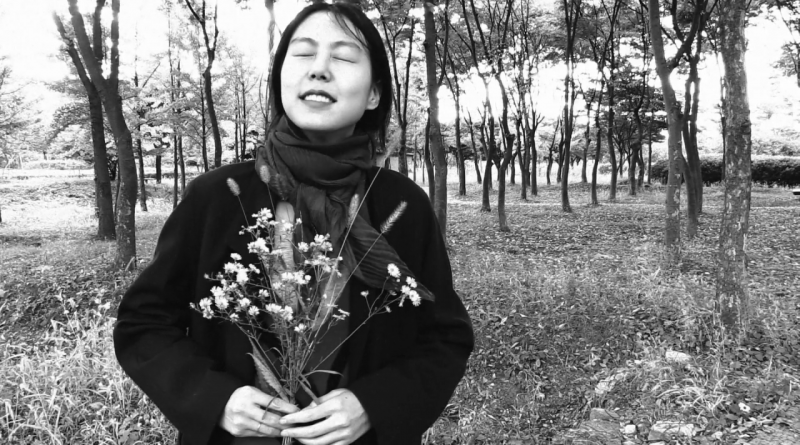 In The Novelist’s Film South Korean director Hong Sangsoo proves again that he craftily, masterfully reveals individuals’ challenges, misgivings, and aspirations through casual conversation. Here he adds an astute interrogation of cinema itself, of directors and writers as well as viewers. As always with Hong, he seldom movies his camera, most medium distance shots playing at length without edits.

As a result, I consistently feel Hong, his own cinematographer here, inviting me to become one of the participants in the interaction. Editor as well, Hong establishes a leisurely pace, providing the time to consider his ideas, calmly presented, insightful and often uncommon. The Novelist’s Film focuses on middle-aged, well-known but disheartened author Kim Junhee (Lee Hye-yeong). Perhaps hoping to revitalize her writing, Junhee arrives at a small bookstore in a town away from Seoul where she reconnects with former writer/friend Sewon, the store owner.

After coffee with Sewon and her assistant, several other encounters will follow, all purportedly accidental but probably not. On a walk in a nearby park, after both friendly and confrontational exchanges with a director, his wife, and an actress, Junhee admits she wants to make a film. Philosophically analyzing cinema, she insists it must convey deep emotion through an actor “I can look at . . . feel with all my heart.” After a debate about what it means to waste one’s talent or respect choices, Junhee asserts “everyone chooses the life they want.” She wants to record life as it is, though a poet later in the film criticizes stories without plots.

In fact, throughout this quite autobiographical deliberation, Hong assesses his own cinematic approach and defends it. Some have criticized this self-indulgent immersion, though I found it worth reflection on my own expectations. Whatever the decision, the last five minutes, including a shot inserted into the credits, are a tribute to film experiences. The Novelist’s Film is in Korean with English subtitles.