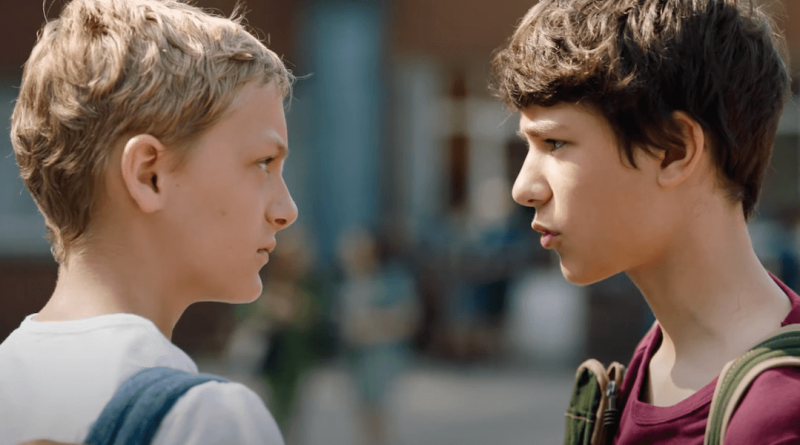 Belgium’s International Oscar submission, Close, tells the story of two young boys who enjoy an exceptionally close relationship. Their fondness manifests in a level of physical comfort which prompts classmates to ask whether they’re “together.” The line of questioning, and some homophobic teasing that follows, motivates one of the boys to push the other away and seek alternative friendships and involvement in ostensibly more masculine activities. The break leads to tragedy.

Close has gotten a lot of attention for its messages of acceptance and tolerance. These themes are certainly present and will be perceived especially by followers of director Lukas Dhont’s previous work (the somewhat controversial transgender drama Girl). But this film is actually more about grief. (Warning: the rest of this review contains plot spoilers.)

The event which motivates the grieving happens less than halfway into the film, meaning significantly more screen time is spent reckoning with the disruption of the friendship and the aftermath of a young boy’s death by suicide than the friendship itself. Either way, this film is a heartbreaking journey, made more emotionally impactful by its two impressive leads, played by Eden Dambrine as Léo and Gustav De Waele as Rémi.

The young boys convey the emotions of their roles in a completely natural way. The film’s star, Dambrine, had no prior professional training – he was ‘discovered’ by Dhont on a train. Cinematographer Frank van den Eeden’s camera stays extremely close on the boys, especially Léo, so there’s no shying away from seeing them and considering, if not empathizing with, their feelings and experiences up close, giving additional meaning to the film’s title.

The two boys are almost painfully beautiful in their youth, innocence and vulnerability. At 13, they’re the age when kids are only just starting to learn to hide some emotions and control what they say or do in public. This makes their moments alone and at ease even more heartwarming displays of genuine feeling. It also makes the increased tension of managing their relationship in public, within the confines of society’s acceptable standards, extra painful.

In the first part of the film, Dhont captures the boys running through fields of flowers, tussling in white bedsheets, racing bikes, resting their heads on each other’s shoulders. All of this closeness and simple childhood joy dazzles in the bright summer sunlight, so when they start school in the fall and things begin to change between them, the shift to darker lighting and more claustrophobic indoor settings is noticeable.

The passage of seasons, a full year from summer to summer, adds more symbolism. We see this as well in the flower farm Leo’s family works, where their labors change with the seasons and nature’s cycle of growth, destruction and renewal repeats each year. Rémi’s mom works in a maternity ward and Léo has a broken bone set, healed and then freed from a cast, yet more symbols of birth and regeneration.

In the second part of the film, the camera is focused on Léo, who is dealing with grief as well as guilt. We often noticeably hear Léo breathing, and the rhythm of his breath can at times reveal sentiments that his face more passively does not. We see how his feelings evolve, sometimes spilling out and other times seemingly tamped down. He’s a child grappling with mature issues as best he can.

And the adults are doing the same. Rémi’s mother Sophie (beautifully played by Émilie Dequenne) is a character whose reaction in a key scene is both understandable and questionable. This, together with Léo’s treatment of his friend, allow for some moral ambiguity that makes sense considering the circumstances yet simultaneously reflects a mature director (and co-scripter, together with Angelo Tijssens) who doesn’t want to make things too easy or give viewers all the answers.

Dhont certainly guides viewers toward the emotions and conclusions he wants, first by positioning the death relatively early in the film, then by focusing so intensely on the grief and guilt of the surviving friend, still just a child himself, and finally by making sure throughout the film that intended visual symbolism does not go unnoticed. We have no choice but to face the film’s important themes and ideas head-on.