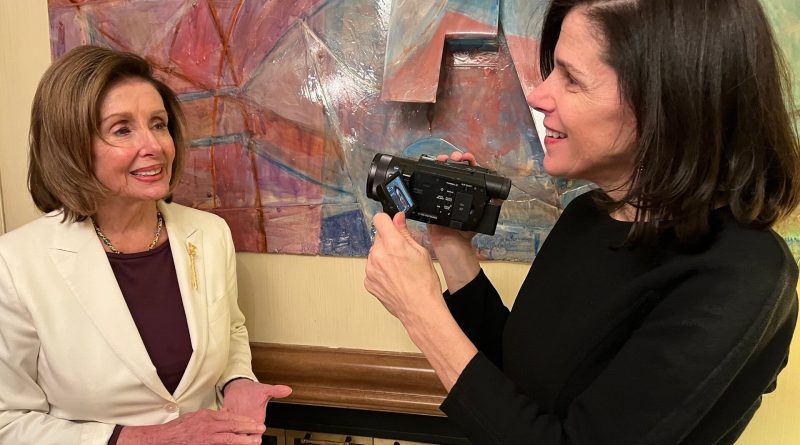 Even if you’re not a fan of Nancy Pelosi – and you just might be by the end of this documentary – Pelosi in the House is a fascinating behind-the-scenes look at how the sausage gets made.

Documentarian Alexandra Pelosi, who happens to be Pelosi’s daughter, is, not surprisingly, given rare and intimate access to her subject. But, before anyone starts calling conspiracy, the filmmaker has done 14 films with HBO alone and this is no home movie.

The film starts with Alexandra complaining that she can’t keep up as her mother strides through the halls of Congress in her heels. “I am a work horse, not a show horse,” says Pelosi, with a quick glance back at her daughter.

And, boy, is that an understatement. The country’s first woman Speaker of the United States House of Representatives, Pelosi has served under four Presidents (although she’s famously said she’s “enjoyed working for three Presidents,” snubbing the one she calls “insane” and “a dangerous man”).

The film gives a very brief personal history of Pelosi’s life, which is basically that she was born into politics, her dad was a New Deal Democrat Congressman who then became mayor of Baltimore, her brother became mayor after him, she married Paul Pelosi and had five kids in six years before entering politics. And then the history making begins.

Although we get glimpses of Pelosi dancing and playing with her grandkids and it’s apparent how important her family is to her, this documentary is more focused on how she got things done in Congress – including her proudest professional moment: getting the Affordable Care Act passed. It’s fascinating watching her in action, making phone call after phone call to convince her colleagues of the urgency of the bill. She cares deeply about improving the lives of her constituents but knows she has to play the game and get the votes to make that happen. And she’s a master of the game.

The highlights of the documentary are actually some of the lowest moments in US history. The new January 6 footage is horrifying and painful to watch again but it provides a more personal perspective, thanks to the filmmaker’s unparalleled access. Despite the fact that her life was in danger, Pelosi was, arguably, the most clear-headed and courageous person in the room and it is, in large part, because of her actions that democracy prevailed.

Over the past few years, Pelosi’s badassness has been immortalized in countless memes celebrating her now-classic moments: condescendingly applauding Trump during one of his State of the Union addresses and ripping up his speech after another one. Those moments give her a Wonder Woman-like aura but, as the film shows, it’s her work ethic, her persistence and her fearlessness about standing up to and speaking out against a President who she sees as a serious threat to the world that really make her a superhero.

This documentary is a gift to historians, feminists and anyone who cares about what’s going on in the United States. It takes on even greater significance and poignancy as Pelosi steps down as Madam Speaker this year, ending an era. The House will not be the same without her.