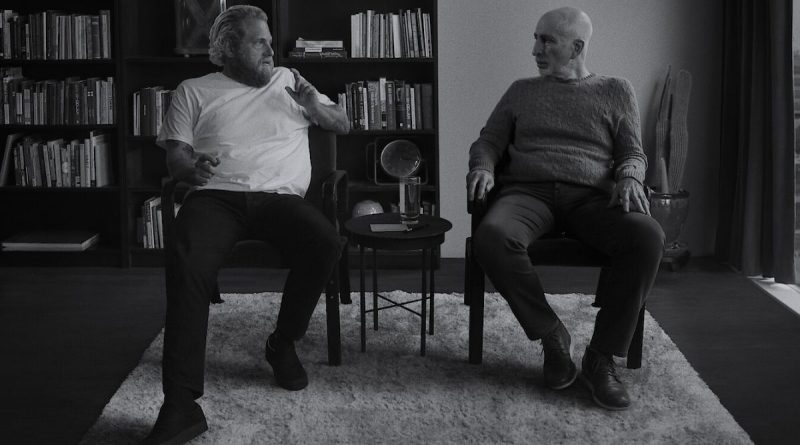 As an actor and comedian, Jonah Hill has taken on a variety of surprising roles over the past 18 years, portraying everything from a sex and booze-obsessed teen in Superbad to Peter Brand, the Oakland A’s assistant general manager, in Moneyball. But his most unexpected role yet just may be as producer, director and co-star of Stutz, a new Netflix documentary about his own psychiatrist, Phil Stutz. By making the world-renowned therapist’s wisdom and tools easily accessible to the world, he’s become a real-life mental health resource himself.

Hill started seeing Stutz six years ago and the trust and affection between the two men shines through. They share stories and feelings about their brothers’ deaths and about their own personal demons: Hill still feels like the overweight 14 year old who was never good enough and 75 year old Stutz has to deal with the constantly changing effects of Parkinson’s Disease on both his mind and body.

Known for his practical approach, Stutz explains his techniques in the simplest terms, using little cards with handwritten drawings to make them easy to follow. He curses and cracks jokes but he and Hill have no problem calling each other out when either one starts using humor to avoid talking about their feelings. They keep each other honest.

“You can’t move forward without being vulnerable,” Stutz tells Hill. And that’s what makes this documentary work so well. Both patient and therapist reveal themselves in all their flawed humanity, making it more comfortable for viewers to do the same.

“Therapy changed my life,” says Hill when introducing Stutz. “And I’m hoping that by doing this film, it can change other people’s lives.”

Hill has done a real public service with Stutz. He’s made it acceptable – maybe even cool – for men to open up about their feelings and to consider therapy. At a time when our country is experiencing a mental health crisis, this is not small feat. More importantly than winning awards, Stutz just may improve lives.