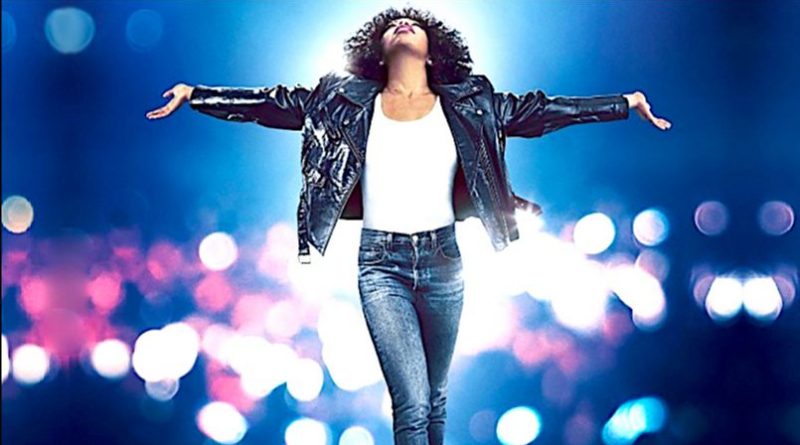 Whitney Houston: I Wanna Dance With Somebody: “Music is not a color to me.”

Naomi Ackie is moving on up. After previously starring in the TV show The End of the F***king World, a video game, and a podcast series, she’s now lip syncing and snorting her way to the spotlight as the iconic singer Whitney Houston in I Wanna Dance With Somebody.

That’s huge shoes to fill, not to mention 15 to 20 wigs and the gap between her teeth as Ackie takes Houston from a starry-eyed Catholic School girl who sings in church with her perfectionist performing mother to the voice of her generation pushed to the brink by the expectations of others.

I Wanna Dance With Somebody is a Whitney Houston concert for a movie ticket price. We get floor seats to all her classic hits sung by the best selling artist herself. Her final number will bring you to tears knowing she was taken from the world too soon.

As special a voice as Houston had, I Wanna Dance With Somebody is your typical homogenized PG 13 bio pic to appeal to the masses. Domineering parents, talent discovered, fast rise to fame, breakneck touring schedule, unraveling relationships, a fall from grace, rehab, a failed comeback and a sentimental conclusion.

Director Kasi Lemmons took almost two and a half hours to tell Houston’s story, but she only skimmed the surface with details of what motivated Whitney to make the choices she did. The music is the real star.