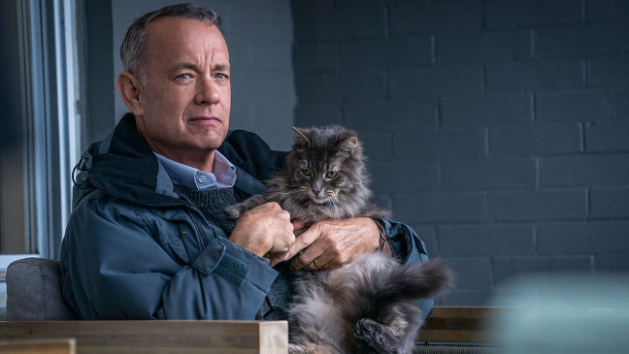 A Man Called Otto: “ You are not a complete idiot.”

Otto Anderson is the quintessential Grumpy Old Man. He’s Jack Lemmon AND Walther Matthau. He’s Carl Fredricksen from Up. Mr. Wilson from Dennis the Menace. The Grinch personified, in more ways than one. Otto is a widower. His beloved wife passed away and he believes he has nothing left to live for. He continually tries to end his life, but keeps getting interrupted…by the well meaning neighbors whom he continually criticizes. Their persistence pays off.

That’s the basic plot of A Man Called Otto. Nothing we haven’t seen before. No real plot twists to keep us guessing. Just a feel good movie to start off 2023. If you remember A Man Called Ove, you’ll see that not only has Otto been Americanized in actions and humor, he’s been transplanted into current times. Modern day issues, terminology and technology have been integrated into the story. We lose out on the Swedish sense of satire, but gain Hanks. He’s the reason to see the film.

A Man Called Otto, without Hanks (and sometimes with Hanks), is simply an old fashioned made for TV movie. The flashback scenes with a younger Otto meeting his soul mate, Sonya, are sweet. Mexican actress Mariana Trevino holds her own with Hanks as nosy neighbor Marisol. The rest of the predominantly unknown cast are plot fillers.

Despite its mediocrity, A Man Called Otto conveys heart and good ideas to practice as we start the new year: don’t judge a book by its cover, there’s always something to live for, and treat others as you’d like to be treated. Who can argue with that?!