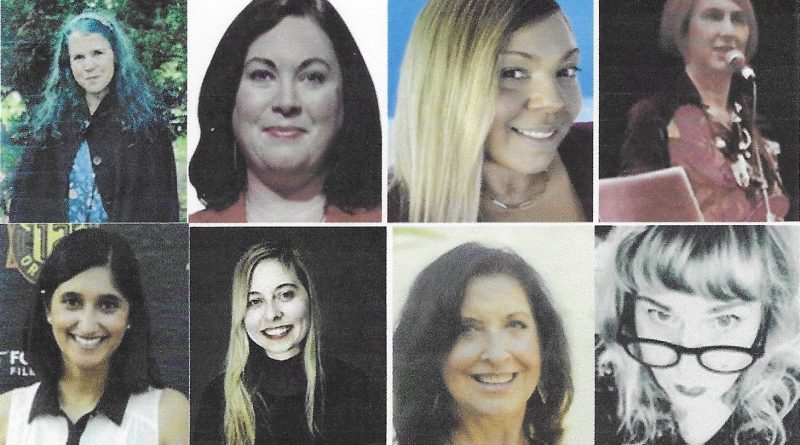 The Alliance of Women Film Journalists is delighted and honored to welcome eight outstanding female film journalists as new members, starting in January 2023. They are film critics, commentators and reporters who hail from across the U.S. Canada, and Australia, and they represent a wide range of media platforms, including popular and erudite publications, daily newspapers and other print journals, broadcast, podcast and online outlets. We invite you to follow them on AWFJ.org where you can enjoy reading their diverse opinions about films and movie industry trends.

Congrats to those who are joining us in 2023. AWFJ accepts very few new members each year. We received many applications during the course of 2022. Sincerest apologies to the many highly qualified female film journalists whose applications we could not accommodate for 2023. We hope you will keep in touch with us and we encourage you to apply for membership again in the future.

Here, in alphabetical order, are the 2023 new members of the Alliance of Women Film Journalists: Peg Aloi is a currently a freelance film and TV critic based in Boston. She was a freelance film critic for the Boston Phoenix from 1997-2013. She’s taught film and media studies at Emerson College and SUNY New Paltz. She’s organized conferences, edited scholarly anthologies, and been a script consultant on feature films. Emma Badame Aside from garnering for herself a one-time Jeopardy win, Toronto-based Emma Badame has parlayed her passion for film into a life-long career. Her work has been featured on Billboard.com, eTalk, The Mary Sue, Cineplex, CTV’s PopLife, The Canadian Press and more. She is also a programmer with the Rendezvous With Madness Film Festival. Nikki Fowler is an international print + digital publisher spanning decades. She is a writer, critic and host, as well as the founder of Glitter Magazine. She is also the President of Hollywood Critics Association, Executive Vice President of the International Press Academy and Satellite Awards and she is accredited by the Motion Pictures Association. Cerise Howard is a New Zealand-born co-curator of the Melbourne Cinémathèque, the co-founding former Artistic Director (2013-18) of the Czech and Slovak Film Festival of Australia, a co-founder of tilde: Melbourne Trans & Gender Diverse Film Festival, a Studio Leader at RMIT University and a widely published film critic. Susan Kamyab is a Dallas-based television and online film critic, producer, reporter, and writer. Since 2010 she’s been reviewing for Irving Television (ICTN) and online at thischixflix.com. Serena Seghedoni is a film critic, a film studies graduate, and the Editor-in-Chief at Loud and Clear Reviews. She has written a dissertation on Joker and is currently interested in queer stories, films made by women, virtual reality, and the representation of mental health in film and TV. Felipa Solis Felipa Solis has more than 30 years of broadcast experience, having worked at KTSM TV Newschannel Nine, the NBC affiliate in El Paso, Texas, as film critic and cultural reporter. Additionally, she is Executive Director of El Paso Pro-Musica. where she has worked for 10 years alongside Grammy Award winning cellist and Artistic Director Zuill Bailey, as well as world class musical artists.