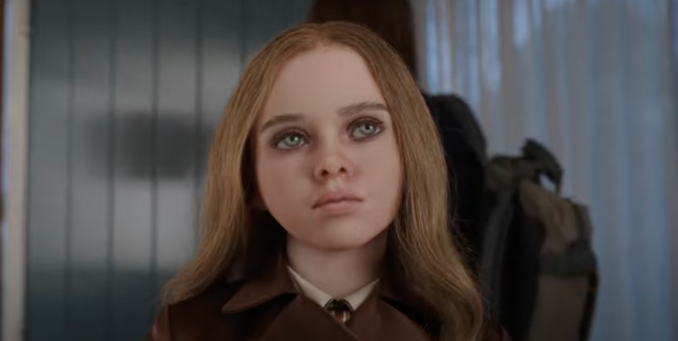 M3GAN: Not just Barbie on steroids.

Horror heroes Jason Blum (Blumhouse) and James Wan (Saw, Insidious, The Conjuring) are starting 2023 off by smacking that cheeky grin off our faces with just enough fear and blood to keep us gripping the armrests and yelling at the screen in their new psychological sci fi thriller, M3GAN, which stands for Model 3 Generative Android.

M3GAN is a life-like doll with artificial intelligence designed by Gemma, an extremely creative toy company robotics engineer played by up and coming fright queen, Allison Williams. M3GAN is programmed to be a child’s greatest companion and a parent’s greatest ally, so when the workaholic Gemma suddenly finds herself the guardian of her orphaned niece, Cady, she decides to pair the two girls to play and protect each other. But the 4 feet of silicone with long blonde hair and a face like a young Nicole Kidman takes the job way too seriously. She’s Chucky’s bad seed sister and her circuits are scrambled for murder.

M3GAN, the film, is fun and funny as writer, Akela Cooper and director, Gerald Johnstone keep things just light enough as they send a futuristic message about parenting while maintaining a PG 13 rating. As a matter of fact, they keep us waiting a good while, building up the story, before we even think about covering our eyes.

Yes, there are plot holes, requisite jump scares and some bad acting, but also a glimpse at where we are heading as a society if we depend too much on motherboards to do our mothering. See M3GAN in a full theater for maximum satisfaction. Half the amusement of a scary movie is the audience participation.

As the little lady says, “You’re going to have a killer time.” My husband, Ricky, gives M3GAN two 👀 wide open. I give the film a 7 out of 10. Look for at least one sequel soon.