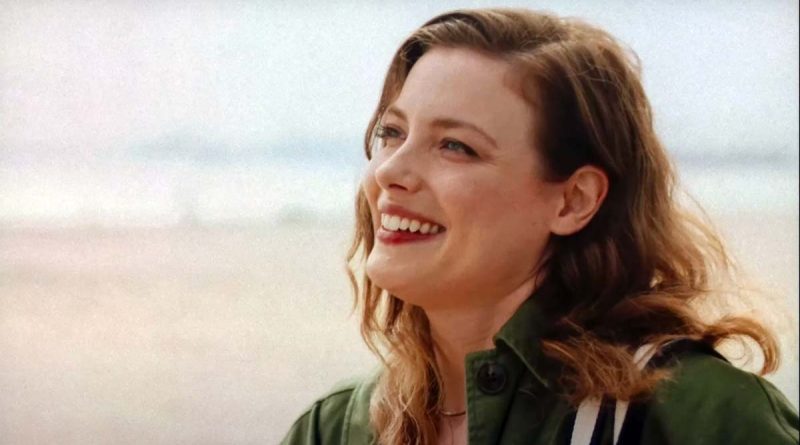 In The Seven Faces of Jane, eight directors and eleven screenwriters tell a story about the titular Jane (Gillian Jacobs) as she goes about the course of her week after dropping her young daughter off at camp. The catch is that each of the filmmakers has imagined an entirely different day – and different Jane – to tell their story, not knowing what events come before or after their chapter. Though an innovative and interesting approach, the results are a confusing mishmash that doesn’t quite work to tell a coherent story.

Framed within the opening and closing of single mother Jane dropping off and picking up her daughter from summer camp, each subsequent short film tracks Jane’s journey for the day, inspired by the advice she gave her apprehensive daughter to be open to trying a new experience. Jane glides through a series of experiences and encounters in the week her daughter is at camp. Each independent segment is directed by a different emerging filmmaker with Julian Acosta, Xan Cassavetes, Gia Coppola, Ryan Heffington, Boma Iluma, actor Ken Jeong, Alex Takacs and Jacobs herself all contributing shorts.

From encountering a doppelganger and reconnecting with an old flame (Joel McHale) to meeting hitchhiking strangers and old acquaintances, each chapter of Jane’s story was filmed in secret by the film’s participants. Each vignette is loosely connected to the previous one as Jane drives around in her car. As with most anthology-type of films, not all segments are created equal.

While Gia Coppola’s doppelganger tale seems to set the film up in an intriguing way, the rest of the segments never quite live up to the weird and wacky premise Coppola puts forth. The shorts that follow never seem to connect in any kind of meaningful way as it feels jarring to the viewer each time we meet a brand new Jane. By anchoring the transitions of the segments to Jane’s blue Mustang, at times the film feels like an extended car commercial.

Though Jacobs does her best and seems committed to the character, Jane ultimately feels like a flat, two-dimensional character, especially when we see her in directors Boma Iluma and Julian Acosta’s shorts which have her dealing with race.

Iluma’s segment Tayo offers the most visually interesting and fascinating story among the bunch as it explores an interracial romance between Jane and Tayo. But Jane isn’t really the star of this story, it’s Tayo (Chido Nwokocha) who explains his leaving the relationship allowed the character to fully connect with his own Blackness. Meanwhile, the handling of Jane’s experience with Mexican culture and race in Acosta’s short is cringeworthy. In an awkward performance by Jacobs, this clunky chapter sees Jane speaking Spanish and explaining Mexican cultural norms to a Latina girl (Daniela Hernandez) feeling torn between her heritage and American upbringing on her quinceañera. It is a bizarre segment that is mercifully short.

The Seven Faces Of Jane is indeed an interesting experiment on paper, though not a wholly successful one. It never seems to rise above feeling like an art school project or one of those team “48-Hour Film” challenges. The resulting chaos of each story as each iteration of Jane feels so wildly different makes for one sloppy and incoherent mess.