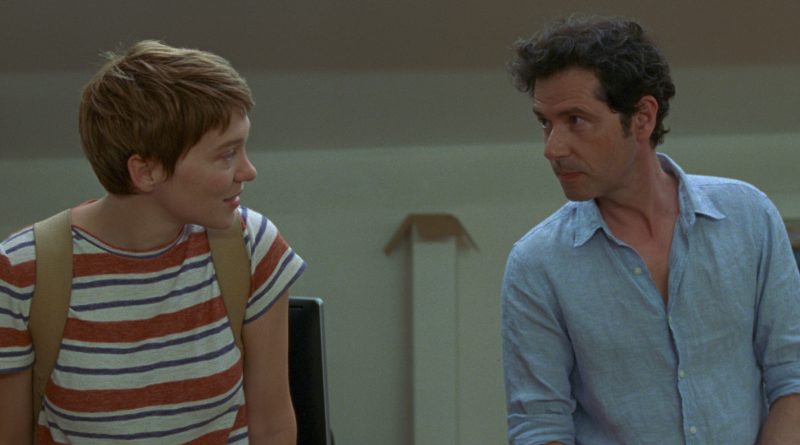 Mia Hansen-Løve is one of the best directors working today for a body of films that reveal the small truths of ordinary lives. She’s not afraid to trust her story or allow her actors to be understated in exploring what it means to be a mother, a daughter, or lover. Like her recent, extraordinary films Things to Come and Bergman Island,”her latest One Fine Day is another semi-autobiographical journey that unfolds in a natural, deceptively simple way as Hansen-Løve tackles themes of loss and rebirth.

One Fine Day centers on Hansen-Løve stand-in Sandra (Léa Seydoux), a widow and mother of a young daughter. She works as a translator and spends much of her time visiting her aged father Georg (Pascal Greggory), a former philosophy professor falling deeper into the abyss of a neurodegenerative disease much like Alzheimer’s that’s robbing him of eyesight and memory.

As Sandra begins a passionate relationship with a friend Clément (Melvil Poupaud) who happens to be married with a young son, she can’t fully give herself to her own life while facing the painful loss of her father’s once vibrant one. The fact that he’s only scarcely aware of this, often confusing Sandra or even himself with someone else, makes this reality more, not less, difficult. When the family is forced to place the declining Georg in a care facility, they gather to pack up his apartment. A scene of Sandra, her sister and their mother clearing shelves of Georg’s treasured books, so much a part of his identity, is the kind of poignant moment that Hansen-Løve renders with honesty and without melodrama or sentimentality.