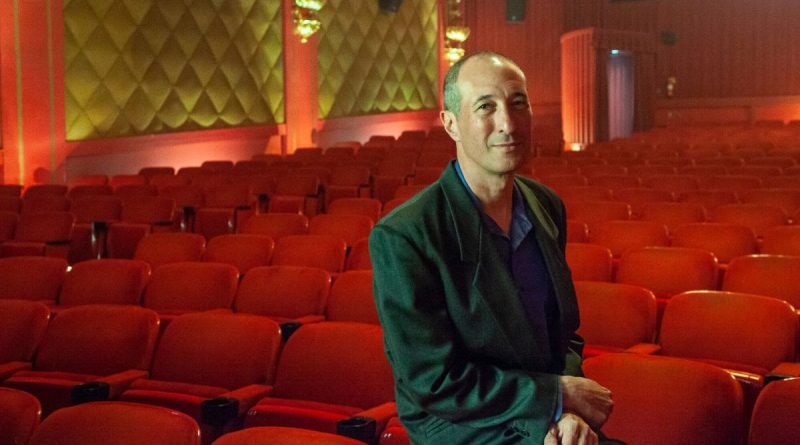 A love letter to movies, Only in Theaters is a must-see for anyone who has experienced the emotional power of watching a film in a dark room with a group of strangers – in other words, everyone.

As much as it’s a celebration of cinema, though, Raphael Sbarge’s surprisingly moving documentary about Laemmle Theaters also serves as a cautionary tale about the future of the industry in this age of streaming.

In the world of cinema, Laemmle is a star. The family-run business is renowned for its premier art houses in Los Angeles and there’s been an actual Laemmle in charge ever since they built their first theater in 1938. Currently running the company is third-generation CEO, Greg, and the documentary follows his struggles as he tries to keep the theaters afloat.

Sbarge gets a lot of famous names, including Ava DuVernay, James Ivory and Cameron Crowe, to weigh in on why the theater chain’s contributions have been so important and how they’ve inspired filmmakers like them. Laemmle introduced Ingmar Bergman to American audiences and was the first to play many films now considered classics, including Rocky, Raging Bull and Breaker Morant.

Here’s the origin story: Carl Laemmle immigrated from Germany, founded Universal Pictures, and brought over his nephews, Max and Kurt, who ended up starting Laemmle Theaters. This immigrant connection is vital, revealing how different voices add a rich diversity to society. By showing foreign language films, independent films, films viewers couldn’t see at their local multiplex, Laemmle made people of all backgrounds feel seen and help them realize they can also do or be whatever they dream.

Greg and his wife, Trish, are down to earth, likeable and totally relatable as they share their own dreams and concerns. They laugh about the fact that family members often talk to each other via movie quotes – a painting of “I don’t roll on Shabbos” from The Big Lebowski takes pride of place on their living room wall – and, by the end of the movie, Greg and Trish feel like old friends.

In 2019, the Laemmles considered selling their business, which was in the red for the first time. The possible sale made the national news and devastated moviegoers, critics and filmmakers. Thanks to Sbarge, we internalize the weight of Greg’s responsibility and are as relieved as everyone else when he decides to keep going. Of course, then comes March 2020.

Although it’s about an 84 year old business, Only in Theaters is such a human story and one that’s compelling and timely. The irony of watching it at home, Chromecasting it from my laptop to my TV, was not lost on me and I encourage you to go see it at an actual theater. I hope you will join me in getting back out there to support indie theaters. It’s the only way to ensure this story – like so many of our favorite movies – has a happy ending.