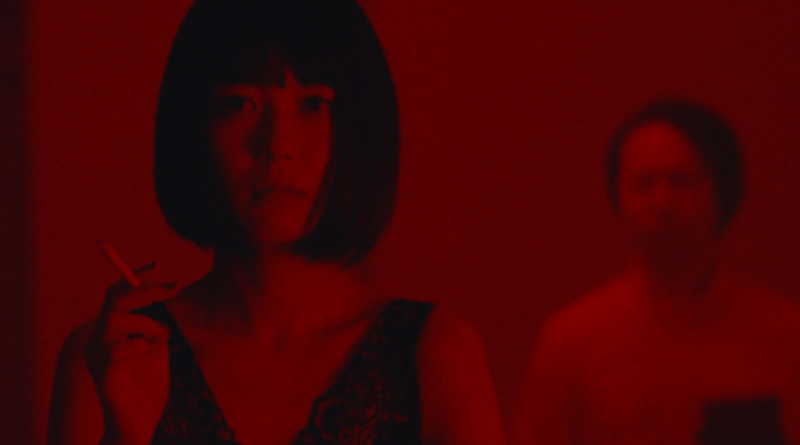 It takes mere moments for Keishi Kondo’s feature debut New Religion to pull you in and drag you under. An unrelenting, drone-heavy soundtrack throbs, amplifying the already fever-pitch intensity of the red-drenched onslaught of abstract imagery that cluster and cling together, rendering the film’s pre-credit sequence an experience all on its own. Lurching forth into something that admirably passes as realism, we are flung into a quiet moment where the film’s main character Miyabi (Kaho Seto) loses her daughter Aoi (Hana Nakamoto), who accidentally falls off the balcony of their apartment while watering their dainty little garden.

This scene lies at the heart of the film, both narratively as Miyabi tries and fails to move on from the heartbreak of losing her child, and very much also is its emotional core that tethers us to Miyabi’s peculiar journey that unfurls before us as the film progresses. Far from what might be typically conceived as the more predictable, melodramatic template regarding how a story of parental grief might play out, Kondo instead dramatically eschews any expectations we might have that find Miyabi – a sex worker – drawn into an increasingly complex web of intrigue made up of a mass murdering co-worker, a well-meaning but soft-headed DJ boyfriend and, most of all, a strange client with a passion for moths who photographs Miyabi body part by body part.

A highlight of this year’s Slamdance Film Festival, New Religion is an aggressive slow burn of a movie – it knows where it’s going and it confidently takes its time to get there, knowing the journey is as crucial here as the destination. This is an impressive, ambitious film that succeeds as much as a tone poem as it does a story about grief, identity, a society spiralling out of control, and the volatility that rumbles underneath the assumed indexicality of the very image itself. Play this one loud, in a cinema ideally or – if no other alternative – on the best damned headphones you can afford.