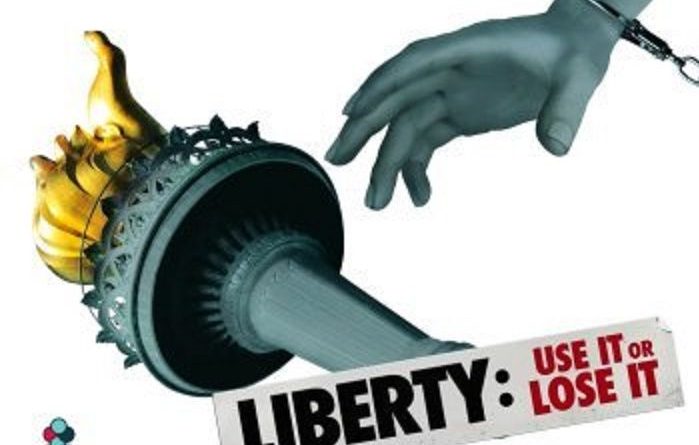 Released in 2008, Ricki Stern and Annie Sundburg’s compelling documentary is a still timely analysis and report about the ten step blueprint to establishing a dictatorship that Hitler and other dictators used to subvert democratic process and put an end to personal freedoms. The film compares, step by step, events leading up to establishment of the Third Reich with what has happened in the United States in recent years. Very convincing. Very scary. And, before it’s absolutely too late to take action, it should be required viewing for anyone old enough to vote, pay taxes or join the army.

Based on Naomi Wolf’s eponymous book, The End Of America presents the ten step blueprint that Hitler and other dictators

END_OF_DOCUMENT_TOKEN_TO_BE_REPLACED It’s never a bad time to take a moment to appreciate Geena Davis. Throughout her career, she’s brought iconic female characters to the big screen. But focusing AWFJ’s Spotlight on Davis at this time is a particularly fitting tribute to the Oscar-winning actress, coming as it does in the wake of Davis’ first annual Bentonville Film Festival. Read on…

Filmmakers Ricki Stern and Annie Sundberg follow comedienne Joan Rivers as she assails the seasons of her 75th year. With