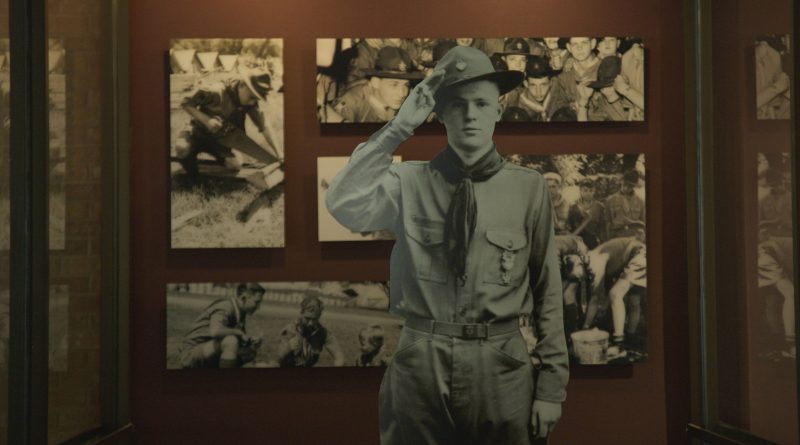 When Norman Rockwell began his long association with The Boy Scouts of American, he couldn’t possibly have imagined how much his romanticized, clean-cut, patriotic representation of the organization would aid in building a system tailor-made for pedophiles. The dozens of art images shown as part of the new documentary Leave No Trace are only one way filmmaker Irene Taylor lays out how the once storied, now infamous boy’s club promoted and branded itself as a safe, wholesome way to create a strong, healthy, loyal, and obedient young man. Leave No Trace recounts, often in shocking ways, just how far from the truth that really is, and has been nearly from their inception. Only in February 2022, the Boy Scouts of America reached a 2.7 billion agreement over sexual abuses that occurred over decades.