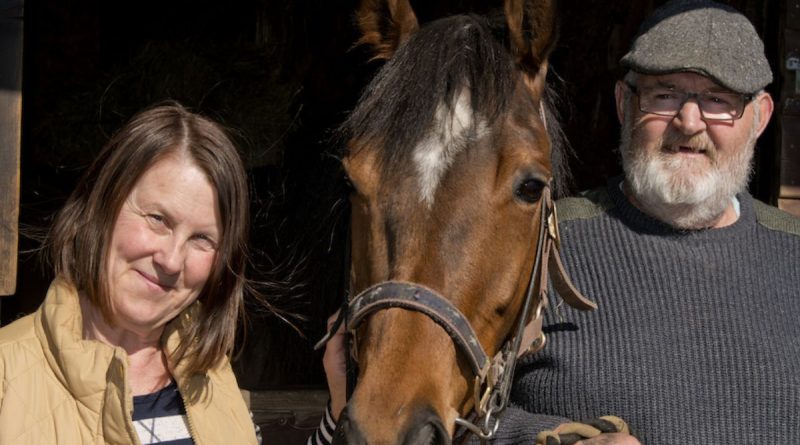 Dark Horse, filmmaker Louise Osmond’s inspiring documentary, is all about triumph and its transience, and the will to pick up the pieces and carry on. Set in a small town in Wales that fell into deep depression and near poverty status when its coal mines tanked, Dark Horse is the cinematic telling of the true tale of Janet Vokes, a local barmaid who decided she’d like to raise and race a thoroughbred. Just like that.

This week’s movie releases include several stirring femme-helmed films, both narrative and documentary. My top pick is Dark Horse, Louise

Set for release on the day before the Kentucky Derby, Louise Osmond’s uplifting, feel-good film shows how sometimes ordinary gals-and-guys can not only compete but win at the elitist “sport of kings.” The story begins when a middle-aged barmaid, Janet Vokes, in a South Wales workingman’s pub gets an over-the-rainbow notion to breed a steeplechase racehorse. Knowing, she’ll need financial support, she rallies her friends and neighbors, including a local tax adviser, Howard Davies, who forms a “syndicate.”