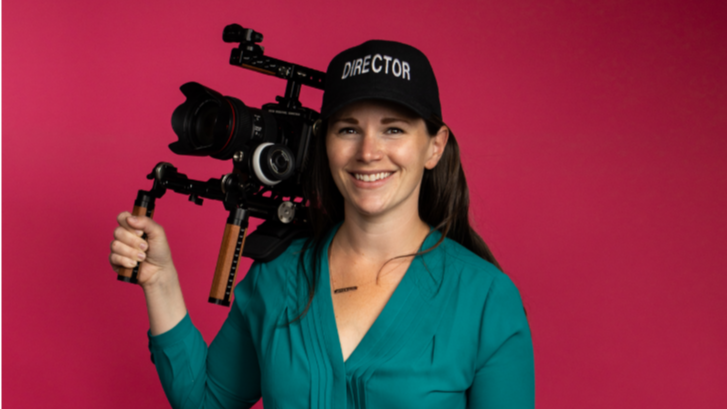 Sarah Moshman won AWFJ’s EDA Award @ Tallgrass Film Festival for Best Female-Directed Short for Unbound, a character-driven drama inspired by a true story. Unbound is set in the 1980’s and follows the NASA Mission Specialist who paved the way as the first mother in space. Weeks before giving birth to her first child, Dr. Anna Fisher is chosen for a mission to space. Although the decision to go is easy, Anna is faced with the difficult intersection of motherhood and ambition on the way to her dream. AWFJ spoke with Sarah Moshman about her film, her creative process and her plans for the future.