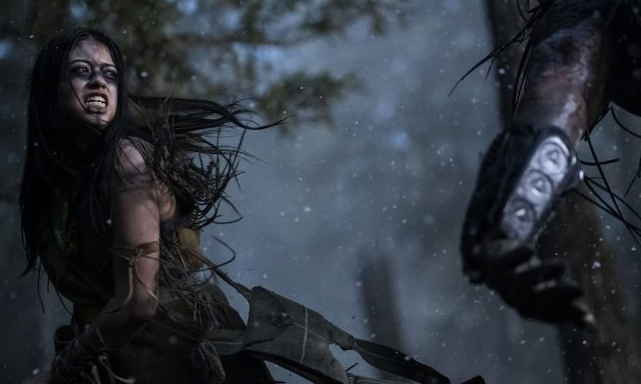 The long-running Predator film franchise goes back in time and gets back to basics with its lean, mean and thrilling new prequel, Prey. Set in 1719 on the Northern Great Plains of the Comanche Nation, the latest installment of the bloody sci-fi series introduces a hero worth rooting for in Naru (Amber Midthunder), a would-be Comanche warrior. Prey marks another step in the right direction in film and television representation of Indigenous peoples. Produced by Jhane Myers, a Comanche and Blackfeet artist, dancer and filmmaker who hails from Oklahoma, the movie boasts a cheer-worthy Indigenous hero, authentically recreates 18th-century Comanche culture and celebrates the warrior spirit and fighting style of Native Americans.