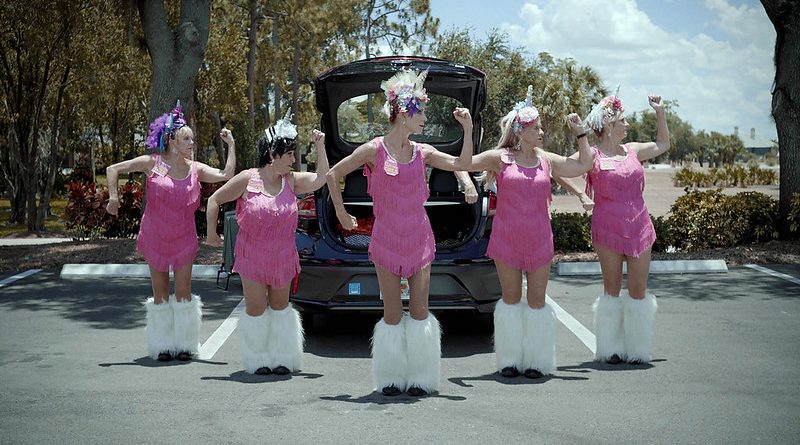 Yes, there was a movie called Calendar Girls released almost 20 years ago and it was based on the true story of a group of middle-aged Yorkshire women who posed for a nude calendar to raise money for charity. It was a hoot. This new Calendar Girls – no relation – is a documentary that follows a dance troupe of senior women in Southwest Florida who also pose (clothed) for an annual calendar to raise money for charity. It’s less titillating but is, ultimately, even more delightful because it’s real.