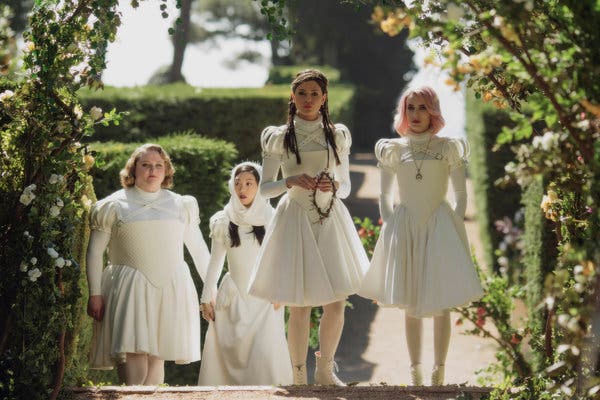 Alice Waddington’s lush, imaginative directorial debut builds such a convincing dystopian world that you’d be forgiven for assuming it must be based on some intricate, “Hunger Games”-like series of YA novels. But Brian DeLeeuw and Nacho Vigalondo’s tale of privileged young women at a very unusual “finishing school” called Paradise Hills is a true original.