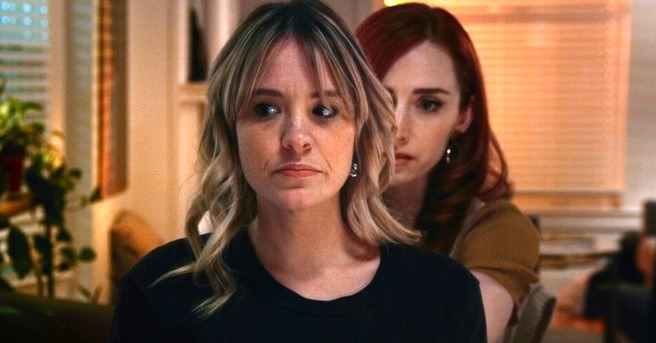 Expanded from her 2016 genre fest circuit smash hit short film of the same name, Jill Gevargizian’s The Stylist is a film whose success lies in the fact that it’s ostensibly simple surface disguises a really fascinating thematic core. Horror is, as Gevargizian intuitively understands, meant to be fun: it can pack political punch, sure, but that impact hits all the harder when it’s embedded in good old fashioned horror film thrills. It’s the balance that