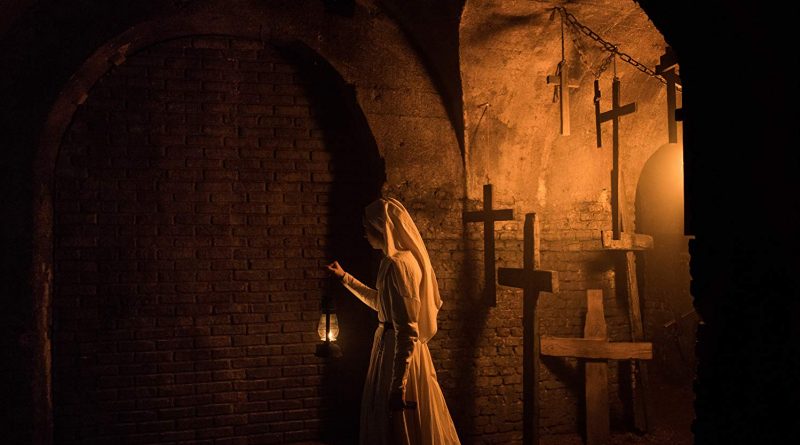 After a brief appearance by “The Nun” in James Wan’s “The Conjuring 2” (2016), this is a franchise spinoff, a supernatural prequel, set decades before the evil spook began to haunt Connecticut’s ghost-hunter Lorraine Warren (Vera Farmiga). After a nun commits suicide at a cloistered abbey in Biertan, Romania, in 1952, Father Anthony Burke (Demian Bichir) is summoned to Rome. He’s dispatched by the hierarchy of the Catholic Church to investigate the sacred sanctuary, accompanied by a young novitiate, Sister Irene (Vera’s real-life sister Taissa Farmiga), who has occult visions.