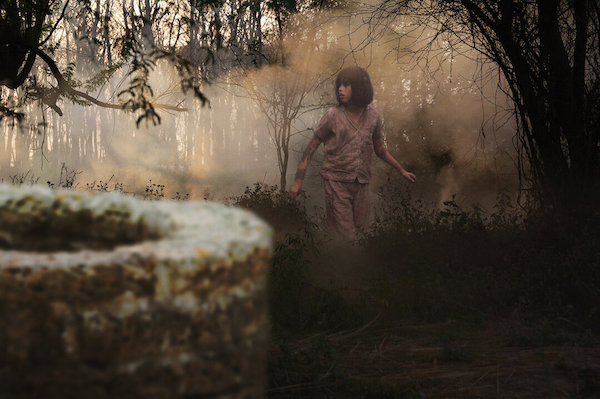 Kaali Khuhi is a horror delight for those willing to open their mind to genre entries that fall outside typical Western fare. Starring an impressive Riva Arora as Shivangi, she is a young child at the heart of the film’s drama and its unlikely heroine. The film begins as her grandmother falls ill, her distraught father taking Shivangi and her unimpressed mother to the small village where the old woman lies ill. Almost instantly, through her newfound best friend Shivangi discovers that the village is riddled with dark secrets, all of which lead to a mysterious, spooky room on the top floor of her grandmother’s home, marked by the presence of the ghostly, ghastly spectre of a girl around her own age marked by a signature red dress.