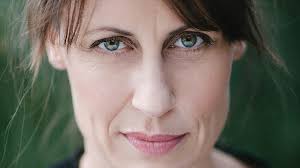 In early February this year, Screen Australia announced that Noomi Rapace would star in Australian director Kim Farrant’s upcoming psychological thriller Angel of Mine. With a script by Oscar-nominated fellow Australian Luke Davies of Lion fame and based on Safy Nebbou’s 2008 French film The Mark of an Angel, the film is reimagined in the Australian city of Melbourne.