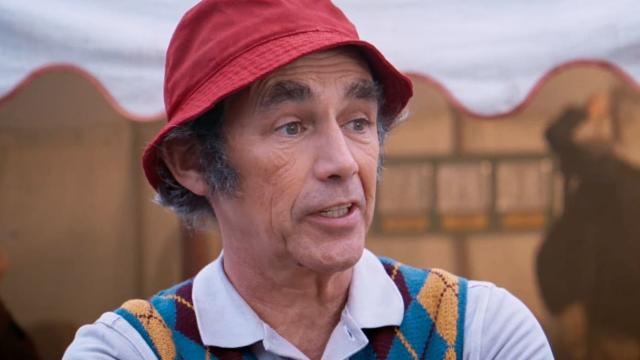 Two words: Mark Rylance. Two more words: Sally Hawkins. They co-star in The Phantom of the Open, based on the real life story of the Maurice Flitcroft, a golf legend for getting the British Open’s lowest score ever. In lesser hands the film would have been a wisp of tissue paper, but with Rylance and Hawkins, the film utterly delights as it tells of a sweetly silly moment in sports.