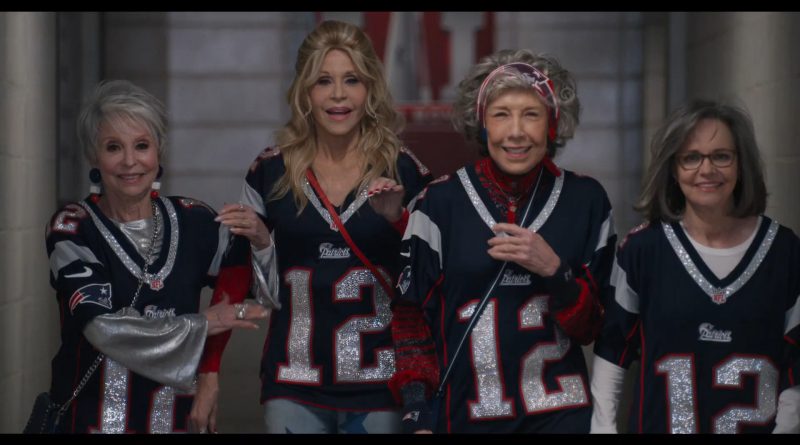 At least Tom Brady has something to look forward to this February. Welcome to AARP Theater. When the median age of the four female stars of a movie is 84, expect a lot of old timer jokes along with flirting, fumbling and finally inspiration. That’s exactly what you get if your game plan includes 80 For Brady, the inspired by true events story of four New England Patriot fans who decide to go to Super Bowl 51 in Houston to see their beloved Tom Brady play in person.

END_OF_DOCUMENT_TOKEN_TO_BE_REPLACED

80 For Brady plays out about as well as Tom Brady did in his last game against the Cowboys. It’s a major fumble in almost every aspect. 80 for Brady is loosely based on the true story of a group of best friends who are Tom Brady superfans. In the film, they take a life-changing trip to the Superbowl to see their hero play. The journey to get to the game has a few of bumps along the way, including lost tickets, health scares, and an accidental drugging. And through all that, you might chuckle a few times, but a lot of the comedy is forced and rushed.