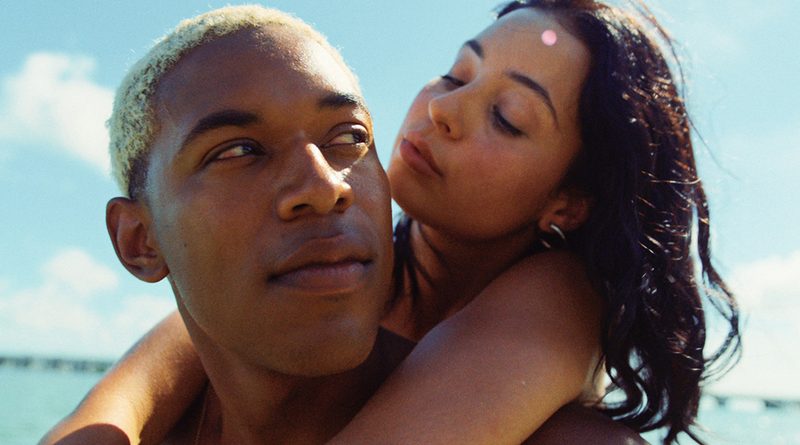 “The road to hell is paved with good intentions” is a proverb dating back to the 11th century’s French Saint Bernard of Clairvaux, who wrote, “Hell is full of good intentions and wishes.”

When Tyler decides to become a star wrestler, his demanding dad not only rigorously works out with him, flexing in front of a mirror, but insists that the family, including his wife Catherine (Renee Elise Goldsberry) and Tyler’s younger sister Emily (Taylor Russell), attend every meet.

Feeling his own voice stifled, Tyler keeps a serious shoulder injury secret, stealing his dad’s Oxycodone to help with the pain. And when Tyler discovers his girlfriend Alexis (Alexa Demie) is pregnant, he keeps that secret too.

Writer/director Trey Edward Shults (Krisha, It Comes St Night) very slowly builds to the pivotal crisis, weaving a complex web of pain, guilt, love and forgiveness. And some of it was very personal:

“My dad (artist Kelvin Harrison Sr.) is an insanely good musician, so he really wanted me to be the best jazz pianist and trumpet player that I could be. But the practice and performing (proved so rigorous) – that I finally told him, ‘This is not fun anymore. It’s not a hobby; it’s not setting me up for anything. It makes me resent you…and it’s making me resent this craft.”

On the Granger Movie Gauge of 1 to 10, “Waves” is an overwrought, anguished 6, a domestic melodrama, reflecting parent-child pressures.