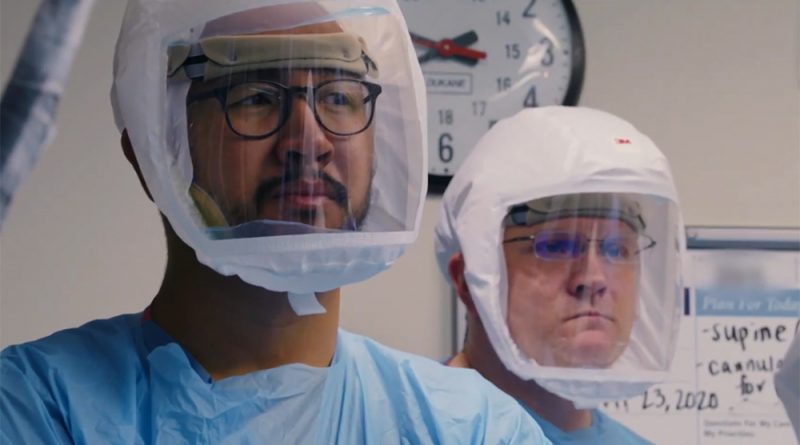 Last October, Nature set loose a terrible disease. It was named, in the scientific fashion, Covid 19, for the year it started and for “corona,” describing the virus. Starting in January 2020, “the world’s most powerful nation descended into chaos,” in the words of this powerful, persuasive documentary, filmed in secret over eight months.

Those words were written by Alex Gibney, who with Ophelia Harutyunyan, and Suzanne Hillinger, directed a fiery blast at the handling of the pandemic in America by the Trump Administration. Any lover of documentaries knows to respect the name of Alex Gibney, the director of such fine exposés as “Taxi to the Dark Side,” “Enron: The Smartest Guys in the Room,” and “Going Clear: Scientology and the Prison of Belief.” He continues his run of excellence with “Totally Under Control.”

Those words are Donald Trump’s. The President spoke them to the nation early on, but not so early that they preceded that he knew the virus is airborne and deadly. It was not then and is not now “totally under control.”

Each of their voices is pointed, angry, inquiring, and plaintive. Each adds to the argument that the Trump Administration has failed to contain the virus in every sense, leading to deaths of more than 210,000 Americans. Below each scene, a chyron runs a calendar to show the early contradictions and continuing threats from ignorance and politics.

“Totally Under Control” shows inside the extraordinary caution the documentarians employed in filming in secret over the past eight months. It crams into a two-hour film the stories that have made headlines day after day since January. It damns the people in charge from the top down.