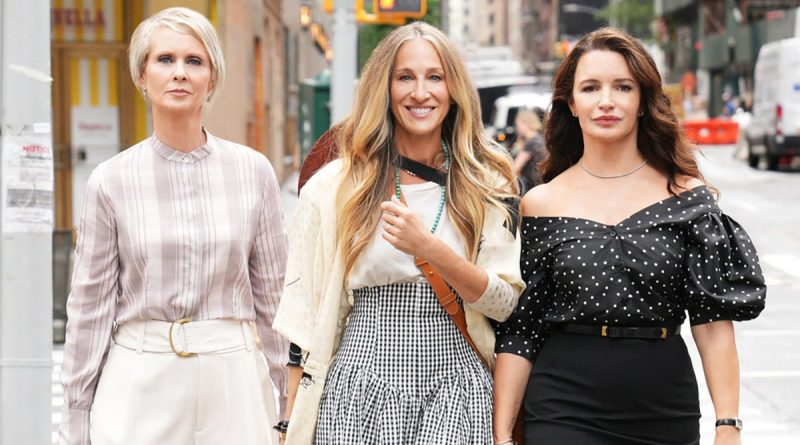 But that’s not the big surprise. Since there’s been extensive news coverage, I don’t think it’s a ‘spoiler’ to report that Carrie’s husband, beloved Mr. Big (Chris Noth), dies in the first episode after an exercise session on his pricey Peloton bike. An unfortunate product placement, Peloton responded immediately: “Mr. Big lived what many would consider an extravagant lifestyle – including cocktails, cigars, and big steaks – and was at serious risk as he had a previous cardiac event in Season 6. These lifestyle choices and perhaps even his family history were the likely cause of his death. Riding his Peloton Bike may have even helped delay his cardiac event.”

Back to the series: Grief-stricken Carrie remains as self-centered as ever. The former newspaper sex columnist has become a social media maven, podcasting with a weed-smoking, bisexual, non-binary comedian (Sara Ramirez).

Attorney Miranda wants a Master’s degree as a human rights advocate but stumbles awkwardly when she discovers her professor (Karen Pittman) is Black. And social-climbing Charlotte is guilt-ridden for shaming Carrie into attending her daughter’s piano recital instead of vacationing with Big.

FYI: Actor Willie Garson died during production, which is why his character, Stanford Blatch, is written off in the fourth episode.

On the Granger Gauge of 1 to 10, And Just Like That is a somber 6, streaming on HBO Max.