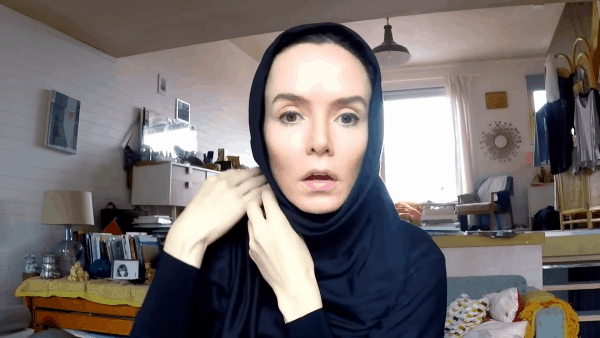 In director Timur Bekmambetov’s Profile, based on a true story, London-based television journalist Amy Whittaker becomes enmeshed in a chilling cat-and-mouse game with an ISIS recruiter who goes by the name Abu Bilel. Interacting exclusively through a computer for the entire film, Amy’s often crowded, even chaotic screen mirrors her frenetic attempts to gain control of her life.

END_OF_DOCUMENT_TOKEN_TO_BE_REPLACED

The thriller Profile takes the concept of creating a different life online and immerses it in real-world intrigue. Filmed as if the action takes place via internet interaction entirely via desktops and cell phones, it depicts an undercover journalist trying to infiltrate the ISIS recruitment network by mimicking other radicalized Western young women on social media.