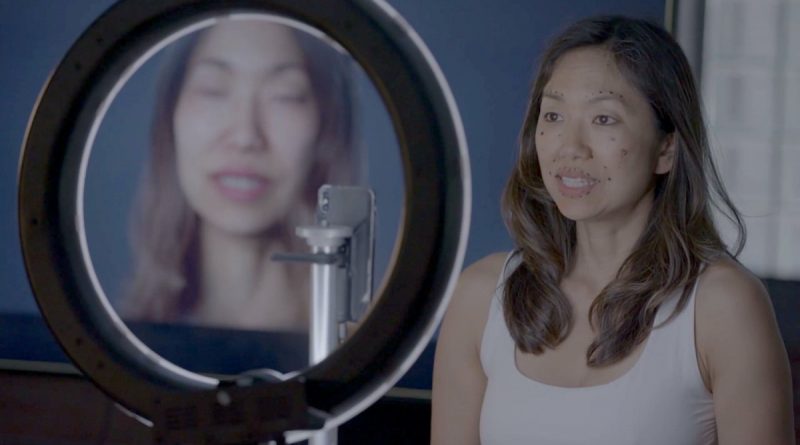 A.rtificial I.mmortality is an intriguing documentary from Ann Shin about the pursuit of everlasting life.

What used to be the purview of religion is increasingly being handed off to the tech world in the 21st century.

Can we live forever?

This Canadian film concerns the extension of life through technology, and in particular, through attempts to extract one’s consciousness, marry it to Artificial Intelligence and allow the result to animate a lifelike clone.

Shin celebrates her 52nd birthday at the top of movie, noting that she has become keeper of the family memories now that her aged father has dementia.

The passage of time is rarely kind, and the filmmaker wonders if there is a way to avoid the inevitable march toward death that every human faces.

Her exploration leads her to all manner of experts in robotics and A.I. who make it clear that many people are working on that exact problem.

Lincoln Cannon, for example, part of the Christian Transhumanist Association, says in the film he is working hard to make death optional.

Shin crosses paths with the Terasem Movement (“geo-ethical technology for human life improvement and extension”), gets introduced to a mind-file — the essence of who you are, as captured by your thoughts, experiences and memories —and checks out AI avatars that are creepily lifelike.

Even Deepak Chopra has invested in a digital version of himself in order to one day speak to his own descendants: “A simulation of me that I hope will be immortal,” he says.

(Interesting. Is it permissible to wonder about the current human wisdom all these people feel is worth passing along to future generations?)

By the time the film takes in Bina 48 — literally a talking robotic head — and we hear from Nick Bostrom (Superintelligence) on AI overtaking humans, from Singularity.net’s Dr. Ben Goertzel and from Team Human author Douglas Rushkoff, A.rtificial I.mmortality has become vaguely sinister.

It’s Ben Goertzel (chief computer scientist at Hanson Robotics) who spells out just what could go wrong, given that AI is mostly being developed by either governments or tech giants.

“Will the first Artificial General Intelligence come out of killing, spying and selling, which is what it’s mostly being developed for,” he asks, “or it will it come out of a more compassionate place?”

Seems like the right spot in history to nudge what’s happening in a beneficial direction, Goertzel suggests, as that might make a very big difference in what happens after.

Indeed it might. There’s a lot more at stake here than chatty avatars.

A.rtificial I.mmortality is an interesting introduction to the world of cyberconsciousness and techno-immortality. The film was featured in 2021 at the Hot Docs Film Festival in Toronto.