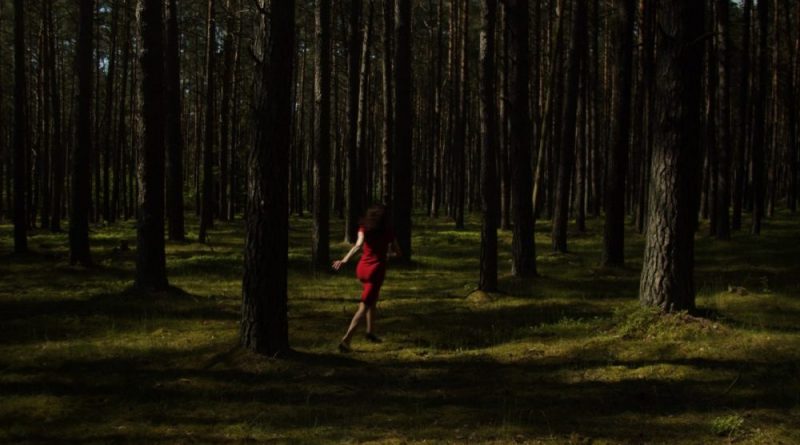 A confidently executed slow-burn of a film, Frauke Havemann’s Be Right Back opens as a woman wanders for reasons unknown through a forest, eventually stumbling across what appear to be a small group of seemingly stranded one-time holiday makers at a cluster of otherwise abandoned cabins. With a twisted, downbeat sense of humor, Havemann’s ensemble of characters go through the motions each day – habitualized down to the scraping of butter on toast, playing scrabble and charades, and even the routine peering through a window – numbed by their peculiar regimen until spanners begin increasingly appearing in the works. When they run out of food, the group are forced to step out of their comfort zone and rethink their relationships.

Less in narrative per se and more through location, atmosphere and tone, there are perhaps incidental echoes here of Denis Cote recent film Social Hygiene, another woods-set film that sets isolation and community in a curious tug-of-war. Be Right Back clearly has the pandemic lockdowns as an unspoken reference point, but this is so cannily executed as to avoid feeling like the usual two-dimensional so called “pandemic films” that are increasingly hitting the festival circuit. Rather, Haverman is much more interested in the psychological and social repercussions of time standing still – it is an odd, funny film about temporal trauma, in a sense, as much as anything else.

With its world premiere at Slamdance, Be Right Back is Havemann’s second feature after 2017’s Weather House. Be Right Back is one of those strange, captivating little films that holds its cards close to its chest; we know far less about these people and their circumstances than what another filmmaker might offer us. And it works. There’s an enormous sense of playfulness here, and Havemann knows precisely what crumbs to give us and when, making this curious film quite a charming experience.